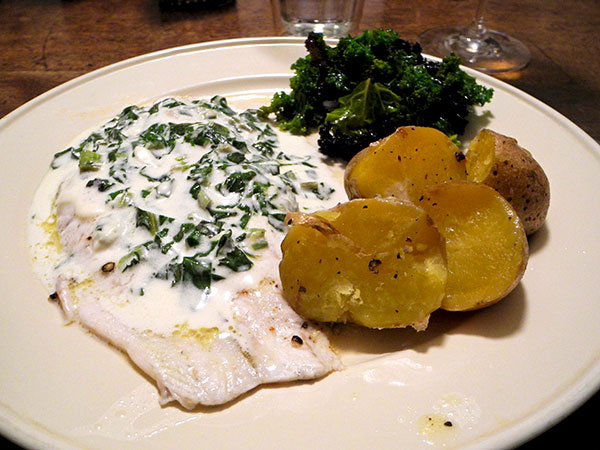 Everything looked terrific at the American Seafood stall in the Union Square Greenmarket on Wednesday, but, having no idea of what I would want to prepare that night after Barry and I returned from listening to Laura Poitras speaking at Artists Space, I decided to take two beautiful six-and-a-half ounce flounder fillets (I figured they would give me some creative elbow room).  A few minutes later I saw the bunches of sorrel Jim had spread out on one of the Rogowski Farm tables.  My dinner was now a plan.  As I already had several kinds of boiling potatoes on hand, and a small amount of mixed kales, I was able to return home with an unusually light bag. 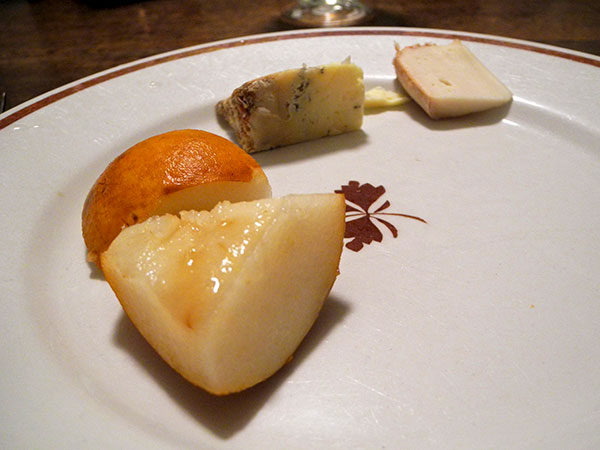 While it’s possible I may still see some Bosc pears in the Greenmarket this winter, I was assured today by the farmers that I was enjoying the last of the both the sorrel and the kale.  All of which makes me particularly happy that I still have half of Jim’s savory rumex acetosa, as well as an equally sweet-looking bunch of collard greens (apparently also the very last of the season), picked up at Rogowski Farm today as well.

Regarding the earlier part of the evening, being in that crowded room tonight with Laura was an enormous privilege, but it was also a powerful reminder of just how much this country has lost, primarily since 9/11.