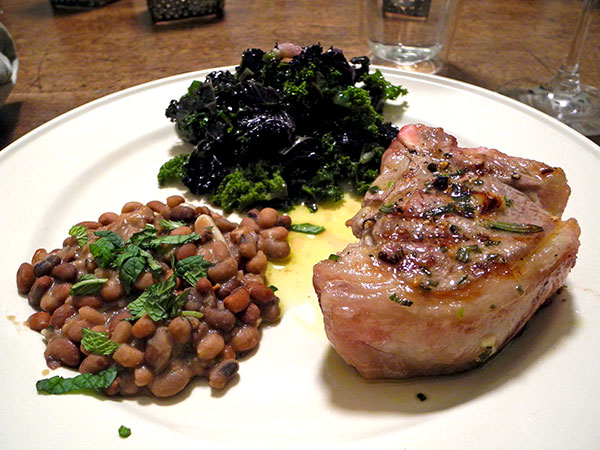 The meal was pretty Italian, except that here the Bietole is kale, not chard, and the lamb chop was definitely more than 1/4 inch thick.  Also not Italian was the fact that I bought prepared Fagiolini, which I had never done before, but I was curious, and fresh beans certainly can’t be found in January. They were delicious, but of course I couldn’t just serve them as they came out of the jar.