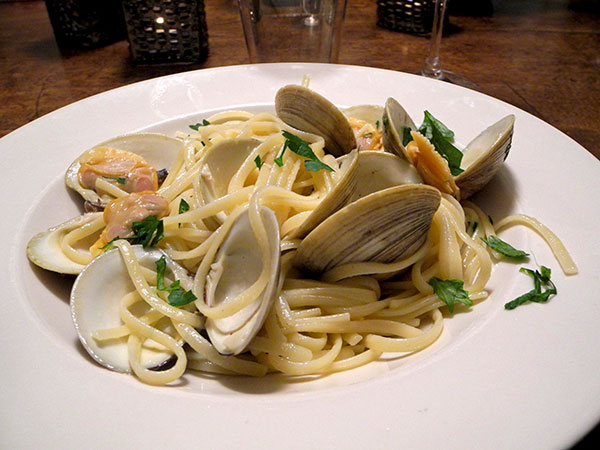 There are so many ways to make this dish, it hardly merits mentioning any of my own, and I have a number of variations myself, but this is what I did on this one night.  I bought the shellfish rather than fish when I was at the greenmarket on Monday because that night I was going to have to put together something using leftover Guinea fowl, but I wanted to have some kind of seafood the next day (which was not a Greenmarket day) and I knew the clams would still be alive and fine then.