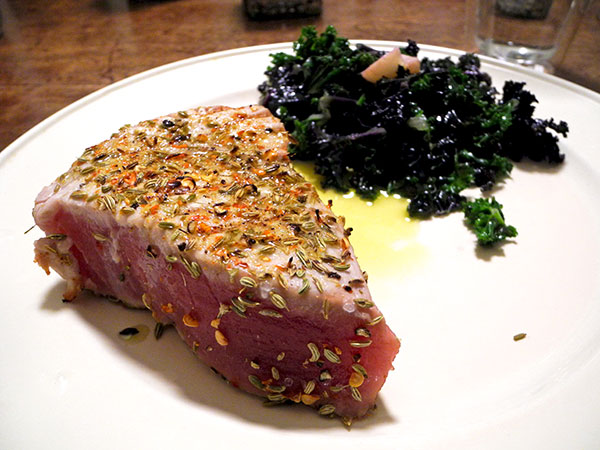 I knew it had to be quick, because we were going to be at an Ensemble Pi concert that night;  my instructions were to pick up something at the Greenmarket that did not involve much time to prepare when we got back from NoHo, probably a bit after ten o’clock.   The next day’s schedule included an early rise for at least once of us;  that meant that the night before would be what Barry and I call a ‘school night’, meaning  getting to bed at a decent hour, or at least what we have come to call a decent hour.

I think I heard the words, ‘scallops’ and ‘tuna’ just as I stepped out of the apartment, but when I arrived below 17th Street around noon it was the tuna that attracted my attention first, although for no particular reason, as I love both dishes.