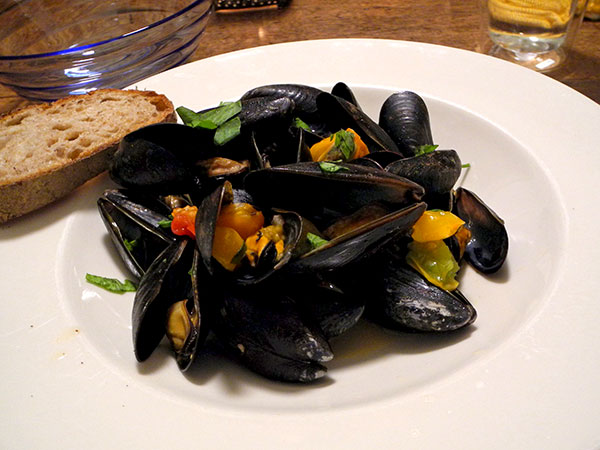 I’ve written about this terrific recipe before, and it was described by Sarah Dickerman in the New York Times in 2006

Unfortunately the picture was snapped before I added some of the extraordinary juices from the bottom of the pot, so the bivalves look a little high and dry here.