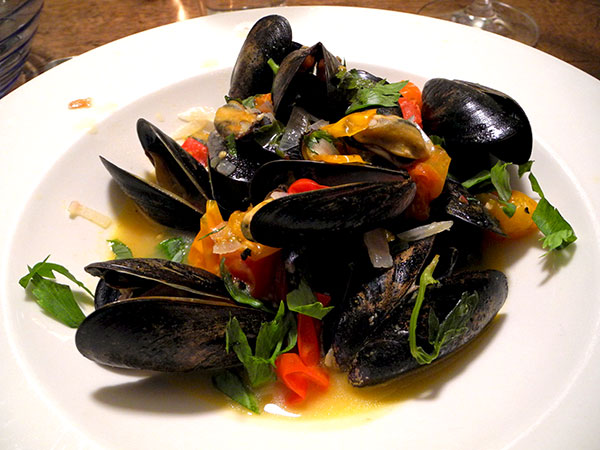 Most of the prep for this meal is involved in cleaning the mussels, but it’s worth every minute.  It’s a terrific, sophisticated combination of flavors.  I may be a sucker for anything lovage, but I may not be the only one tempted to forget every other formula for steaming mussels.  The simple recipe created by Jerry Traunfeld, was described by Sarah Dickerman in the New York Times in 2006.