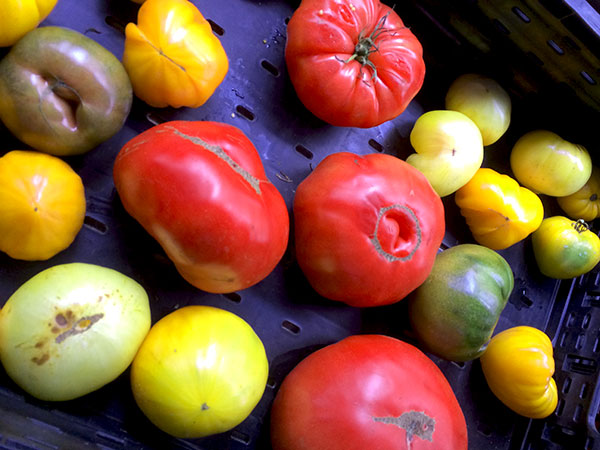 Since we were expecting to be out fairly late last night, gallivanting with Richard Strauss’s family and the American Symphony Orchestra, I decided the day before that there there would be no time to actually cook something when we returned home.  There were other possibilities than leftover pasta (excellent pizza, delivered, or maybe one of Mark Bittman’s 10-minute meals), so we weren’t going to starve, but I was pretty sure that a return engagement of my smoked striped bass spaghetti would be at least as good as the first.

I was right, and in fact I had underestimated how good it would be.  I had set aside about a quarter of the pasta before mixing the rest with the ingredients described Tuesday when I first prepared this dish warm.  Last night I added the plain spaghetti to the rest and found the taste with the ‘diluted’ smoked fish was more subtle – in fact even better – than before.  What did I learn, or re-learn?  That smoked anything goes a long way when mixed with other ingredients.  The taste lesson could also be money-saver as well.

I hadn’t expected the meal to be as interesting as it turned out to be, so this time there were no photos as we sat down.  In lieu of a bowl of pasta above I’ve included an image from the farmers’ Greenmarket which includes the two tomatoes I had added to the dish before serving it last night.