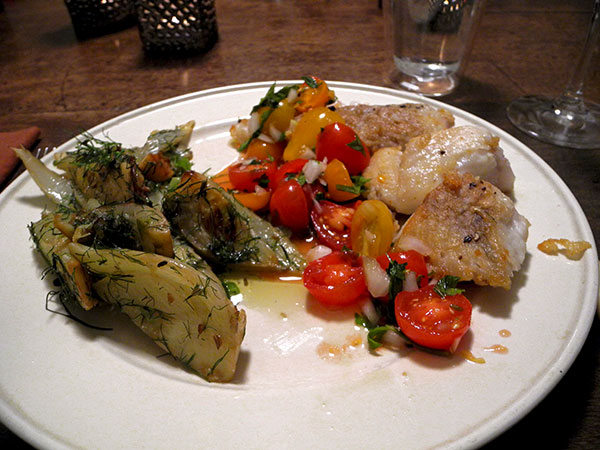 This meal was almost an exact repeat of one we enjoyed two months ago, except for some of the details of the ingredients and their sources, and the fact that this time I cut the single fillet into six pieces rather than four before breading and sautéing them. Also, there were more fennel fronds involved – because they were there, and because I really love them.

This is the somewhat feverish post I published in August, where I included two images; the description of last night’s meal is below.