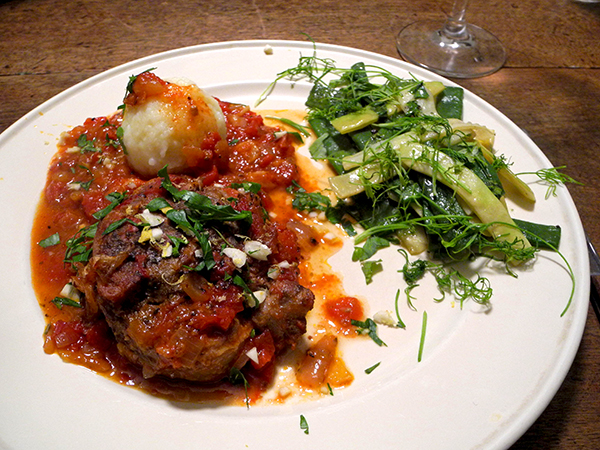 I can’t explain how I ended up preparing this very untraditional dish on the American Fourth of July, but it was probably just because I ran out of time the day before and was unable to pick up a steak.

I think it was mostly an Italian meal, with a touch of Austria.

Its pleasures however were beyond nationality or occasion, and huge.

I had never cooked sliced cross-cut veal shanks before, but after being shown a small package of 2 pieces by Alex of Consider Bardwell Farm, one of my favorite meat purveyors (although primarily a producer of cow and goat cheese), I decided I wanted to give it a try.

I mostly used this very simple recipe, which was delicious. I was surprised and very pleased with how little it heated up the kitchen, and how the cook wasn’t needed at all for the last full 2 hours of the process.

The vegetable was a mix of green and yellow Romano beans (flat pole beans), and they were very sweet and extraordinarily fresh. 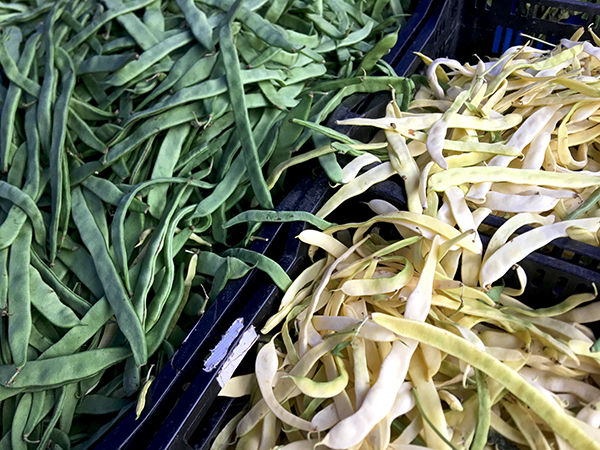 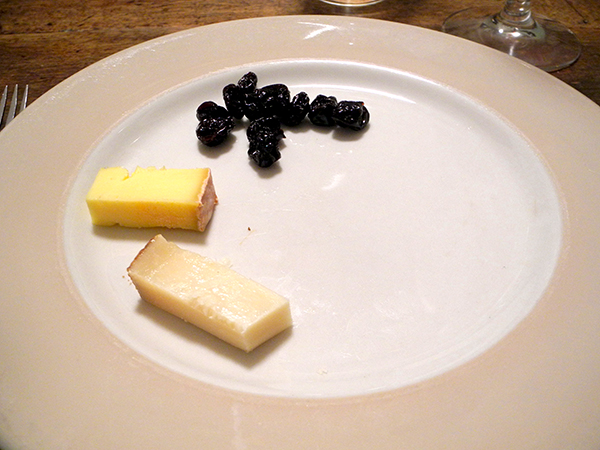 And there was the rare appearance of a proper dessert (after all, it was the Fourth, and they made a decent red/white/blue image). 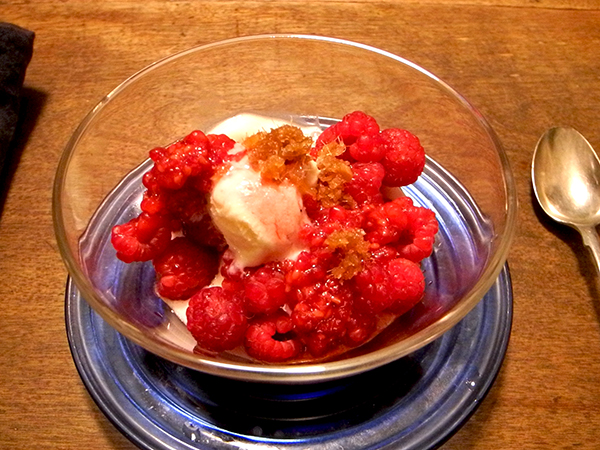