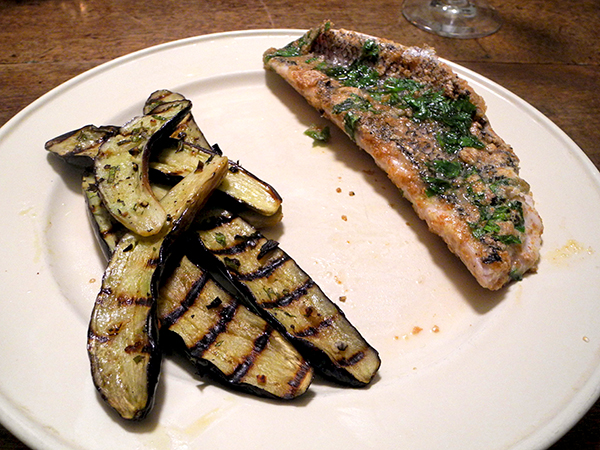 Continuing a series of minimal dinners, last night I placed one great fish and one great vegetable on the table, using a pretty light hand in preparing each.

I got to the Greenmarket just in time to pick up the last of Haifa’s and Zaid’s Japanese eggplants (the last of the day, that is). 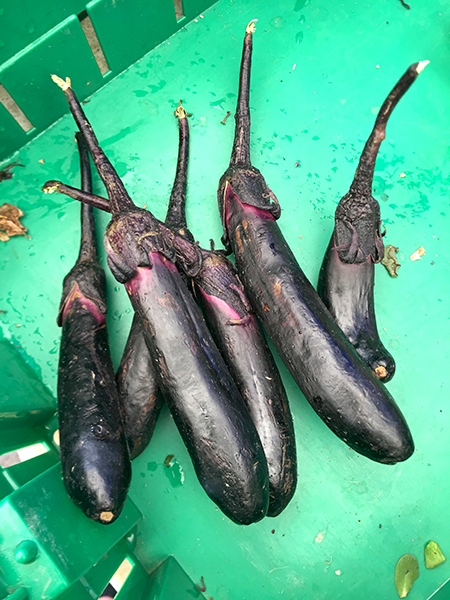