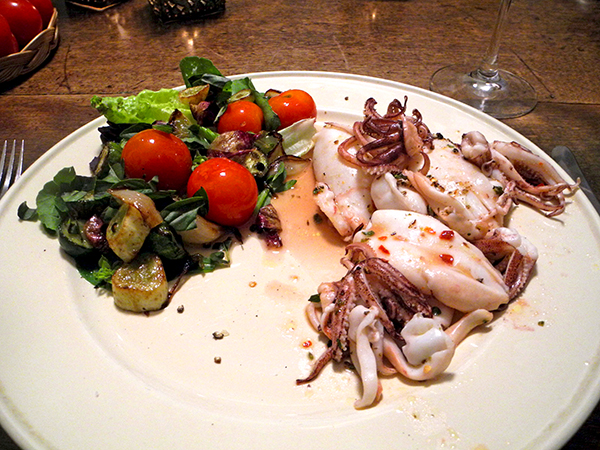 I had intended to serve these tender young squid with some terrific-looking celtuce I had brought home from the Union Square Greenmarket, but I got carried away writing about dinner the day before, took too much time at the task, and ended up without enough time for its preparation.

For vegetables otherwise I knew I had some cucumbers, but there were only 3, and they were very small. I did have plenty of small tomatoes, but since they were likely to overwhelm the cucumbers, I decided to ration the amount, and I took this opportunity to improvise further, and that’s exactly what I did.

I found a sweet allium, then 2 different kinds of fresh greens, and I knew I was set.

The cephalopods were as delicious as usual, and the improvised vegetable was awesome.