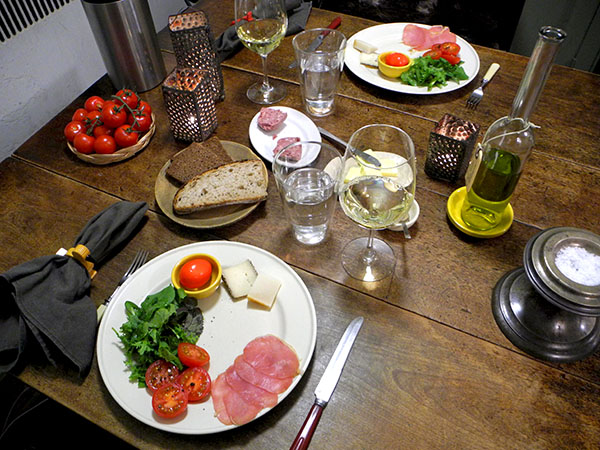 It was ‘Magische Mahlzeit‘ Vorabend (more on that holiday tomorrow).

For a little while I had been assembling a number of foods, prepared and fresh, that would lend themselves to being part of a picnic, and in particular, mostly a German picnic.

Last night, after a visit to Schaller & Weber in the afternoon, I was ready to assemble one.

As usual, the plates were anchored with a tasty dressed green, in this case various baby mustards from the Union Square Greenmarket, to which I added some grown-up arugula, also from the Greenmarket. 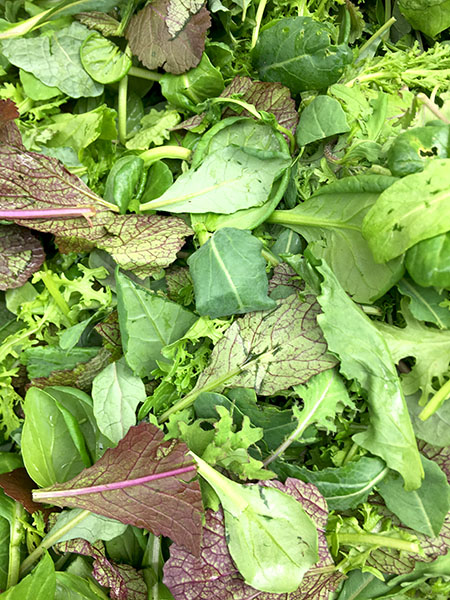