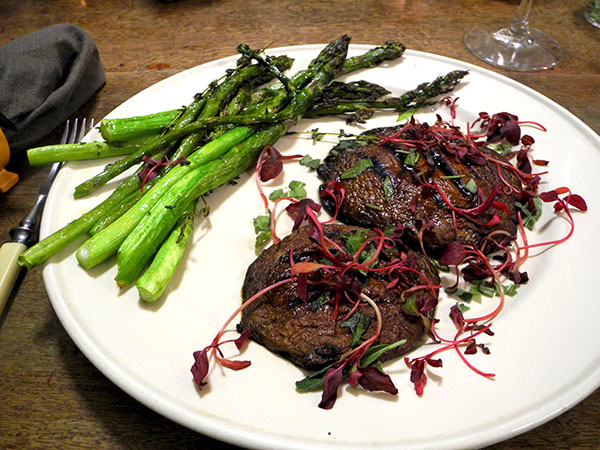 It may not look like it, but that entrée is vegan. That wasn’t actually my objective.  I had merely turned to a farmer who was offering mushrooms after learning that my Monday fish mongers had sold out their entire catch before I arrived at the Greenmarket. The rest of the story was, luscious.. 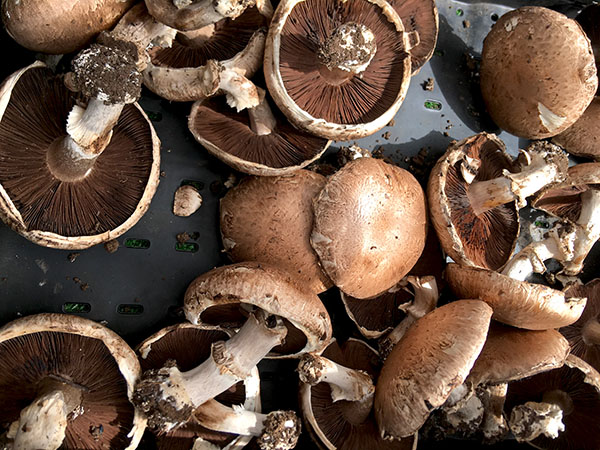 ..not least because a few minutes later I picked out our very first asparagus of the season. 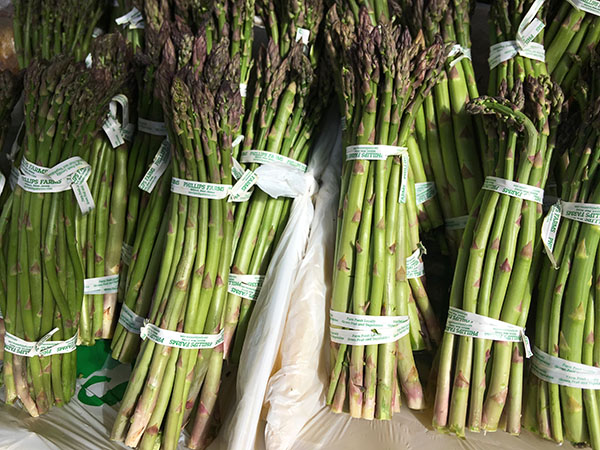 That evening the mushrooms were grilled.. 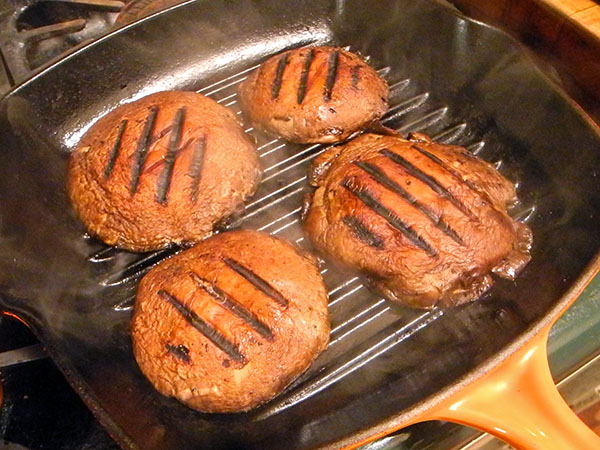 ..and the asparagus roasted (here on their way into the oven). 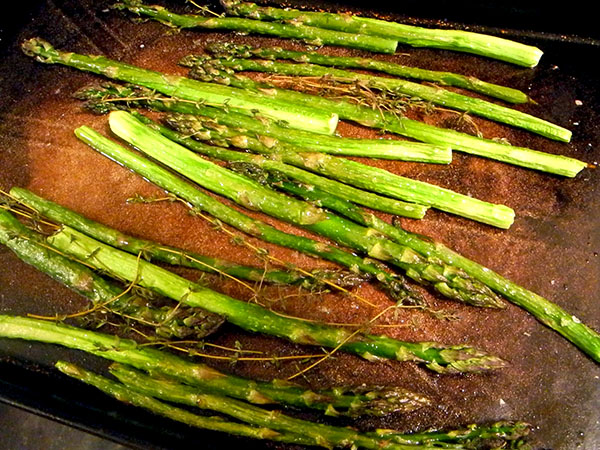 Then someone brought out a cheese course, and the meal was no longer vegan. 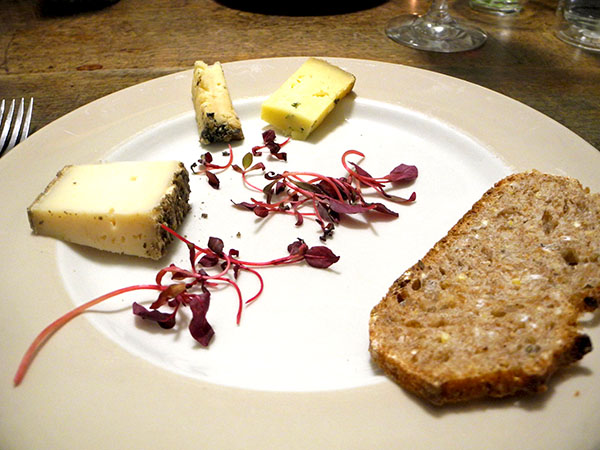