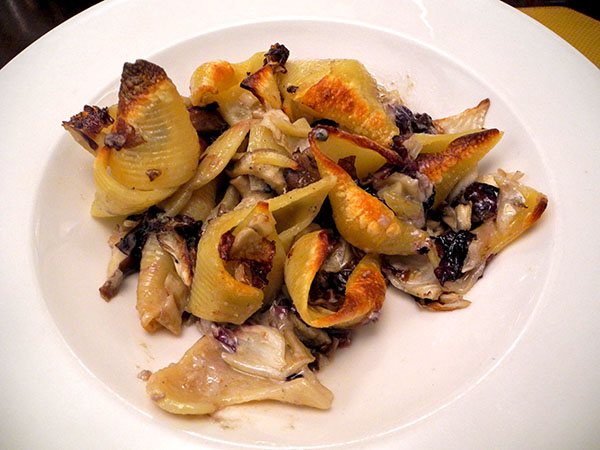 I prepared this meal for the very first time exactly 25 years to the day before I served it this past Wednesday, and there have been many occasions between.

We call it ‘the magic meal’, always have.

The night of April 19, 1992 was the first time I made dinner for Barry. He had very recently been transferred from his employer’s New York office to the one in Seattle, at his request. I was devastated when he told me about it:  We had only begun to get acquainted, through a few chaste dates. He had always had to go back to the office after each of them, which explains one of the reasons he wanted to move out of New York.

He must have noticed I was upset, so he assured me he’d have to visit the New York office occasionally, probably beginning soon after he had settled in on the West Coast. I promised to make him dinner when he did. It was the first time I did; it wasn’t to be the last.

He didn’t return to his hotel that night.

The date (both senses) is now one of our 6 anniversaries. Note: When you don’t believe in marriage, you get to have as many anniversaries as you can get excited about – and remember.

I picked this particular dish because I could prepare it entirely ahead of time (it tastes at least as good reheated on another day), meaning there’s nothing to distract the cook from visiting with a guest (or guests); all it needs otherwise is a simple uncooked appetizer and either some fruit or a gelato, and the arrangements for neither course will keep the company alone.

The recipe for the dish is on this site. I still have the wrinkled clipping from a copy of the September 16, 1990 ‘New York Times Magazine’, where I first saw it.

It also appears in a book, ‘Cucina Simpatica’, given to me 2 years later by a dear friend with whom I used to share many wonderful meals in Providence and New York. The book was published in 1991 by Johanne Killeen and George Germon, who were, as far as I know, also the creators of this Lucullan dish. Jacqueline knew I loved the authors’ wonderful Providence restaurant, as she did, but did not know at the time how they had brought Barry and I together.

Here is the pasta inside the baking dish, just as it came out of the oven: 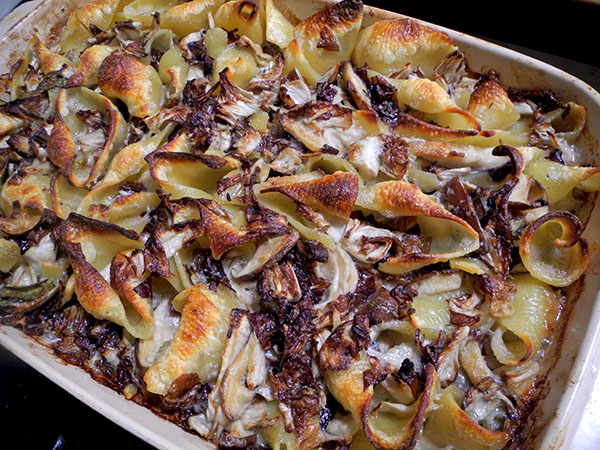 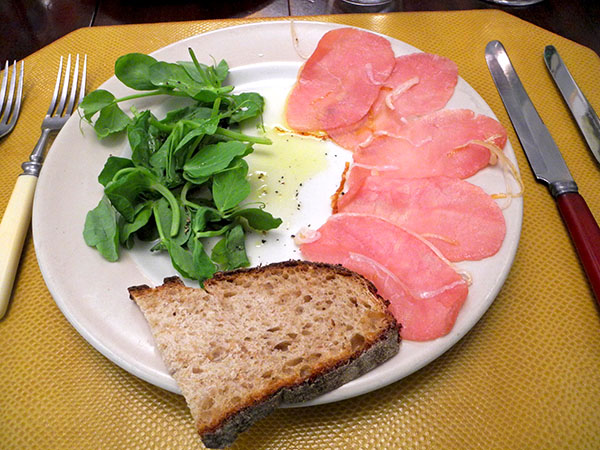