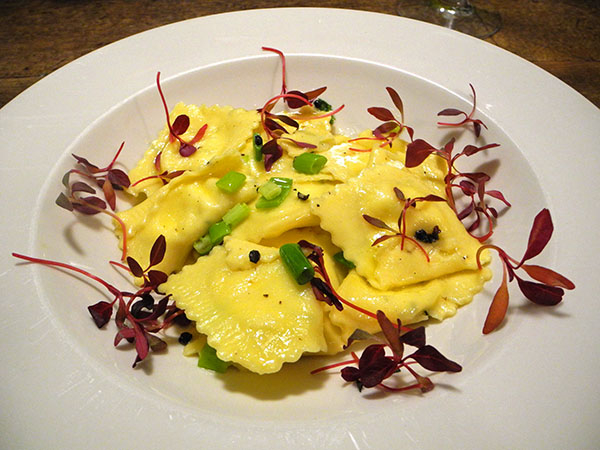 Because it was on what some folks call ‘Holy Saturday’ (as a child, a choir boy, and an altar boy, I was one of them), and it was the second day of the ‘Paschal fast’, the meal we enjoyed last night would have been much in line with Catholic tradition.

But that’s not why we had it.

Also, I didn’t actually cook the meal; I just assembled it.

It was an evening that would straddle Friday’s fish and a Sunday steak. I knew pasta would make sense, and then I realized that I had time to check out what Luca Donofrio had in his fresh pasta shop inside Eataly that day. There I spotted his ravioli filled with ricotta, lemon zest, nutmeg, marjoram, and mascarpone, and it both looked and sounded terrific; also, it obviously wouldn’t demand a complex sauce.

Once I had brought some home I decided that meant butter, a smidgen of green scallion stem, a bit of aromatic heatless pepper, salt, and black pepper. I wasn’t sure how I would finish the dish until almost the moment it had been placed in the bowls, when I decided I could not not use the red amaranth I had, if only because nothing else would look so spectacular on top of the pasta. 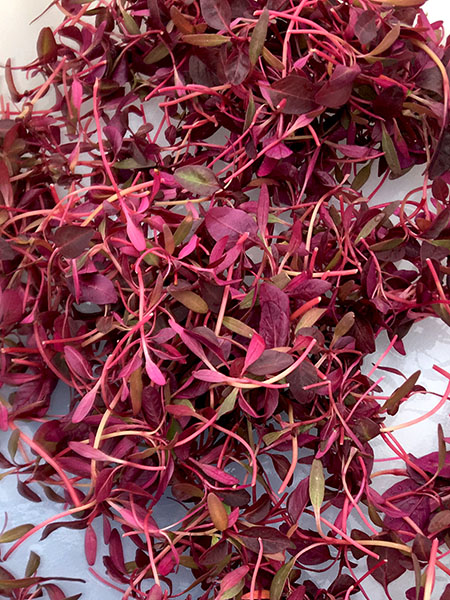 Just before the pasta there had been an antipasto, as there was a little bresaola left from the meal we shared with friends on Wednesday. 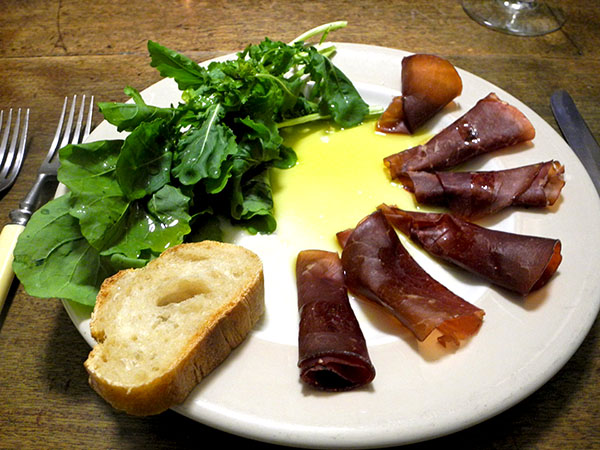