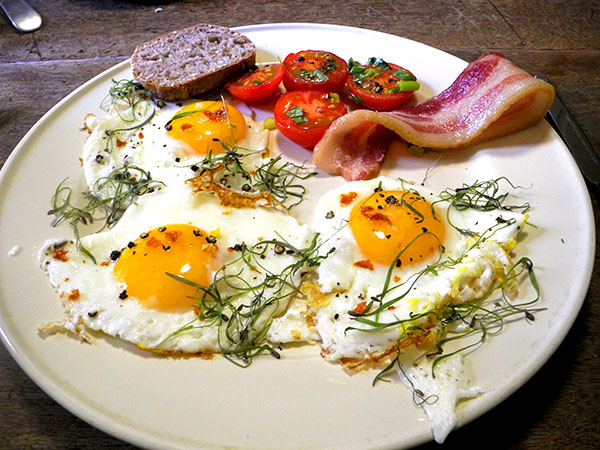 We usually sleep very late on Sunday, and since we almost invariably have some form of egg dish which is not quickly assembled, it’s often well into the afternoon by the time we sit down.

Today it was especially late (both the rising and the preparing, and thus the eating as well), once again ensuring that there would be only 2 meals for us on the day of rest. As I finished this particularly tasty breakfast just before 3, I couldn’t help telling the one assembled guest: “totally worth missing lunch”. Fortunately Barry had grabbed a digestive biscuit and a strong iced coffee even before I began cooking.

There was a centerpiece, because of the holiday (one which had meant a great deal to me growing up, and now only means spring), a 19th-century blown glass life-size egg, nestled inside an ancient (ca. 1800) miniature splint basket, both found in Rhode Island almost half a century ago. 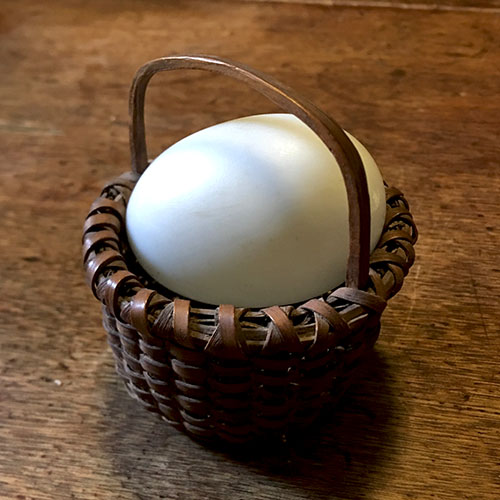