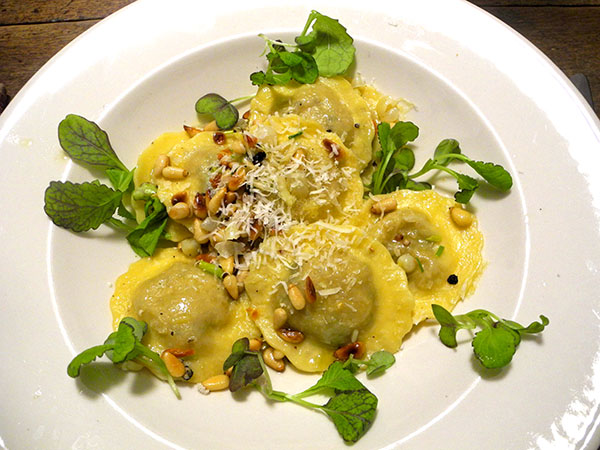 I usually keep a package of a frozen filled pasta on hand for those nights when I had not expected to be making any dinner at all, but then plans changed.

This was not one of those times. Instead, preparing the ravioli was a deliberate choice by which I managed to occupy the space between 2 more elaborate meals with friends, one as guests in another home, and one in our own.

Almost a night off.