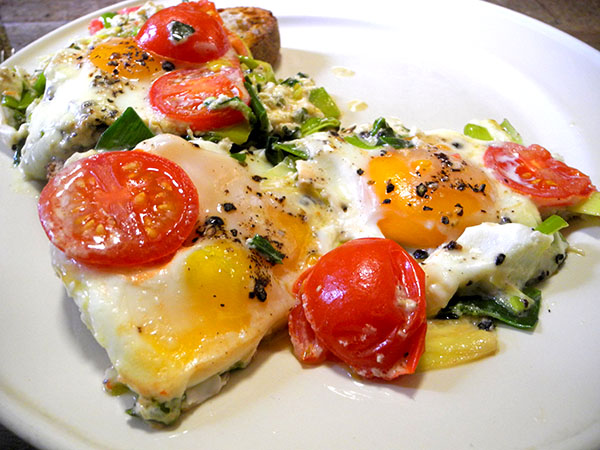 It was again Sunday breakfast with eggs, this time without the bacon, but with tomatoes (which usually make an appearance at this time) – and leeks, which were standing in for one or more of the smaller alliums which are usually a part of our weekend treat.

Because of other commitments, right now I’m in the midst of almost a week of evenings when I am unable to cook dinner. I hadn’t foreseen this when I was buying vegetables in the Greenmarket, which helps explain the inclusion of the leeks here. 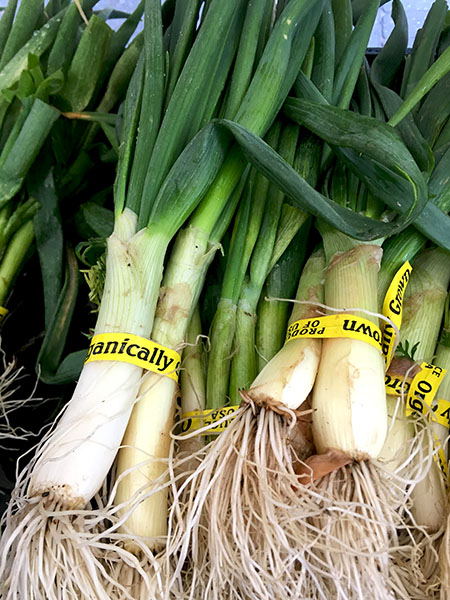