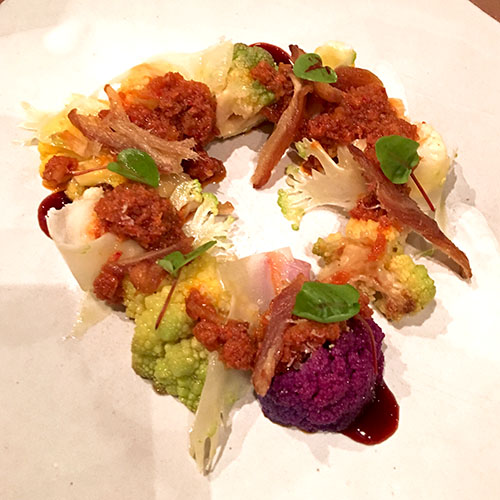 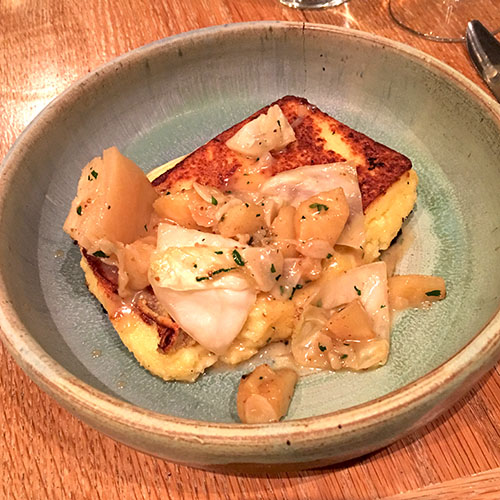 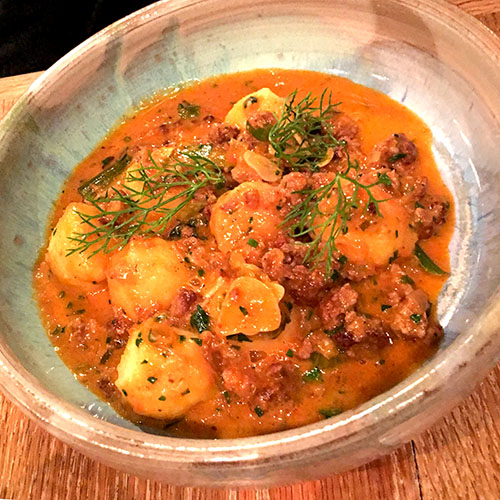 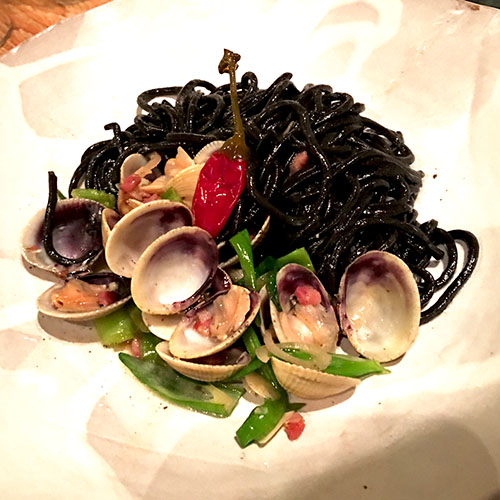 Until now at least, this blog has been about meals we have enjoyed at home, and, almost without exception meals James has prepared, but we do occasionally eat out, and we’ve very occasionally been able to overcome our general resistance to photographing food in public. Last night was one of those times.

On Monday, preparation of dinner at home was out of the question because of our schedule, and that of our visiting friend Nico, now stranded here by the storm. We arranged to eat at one of our favorite places, in somewhat distant Brooklyn, even splurging on car service to get to and from it, something we rarely do.

Faro is relatively new, casual in appearance, but very beautiful, airy and comfortable, with wonderful service by good people, has seasonal menus with many of its elements from local suppliers, is very serious about food, but without any priggishness, and it seems to be our current favorite choice for dinner ‘off-site’.

Last night there were 3 of us, and we ordered 6 different plates, sharing a taste of each. I don’t think there were any obvious favorites: They were all delicious, fun to read about while looking at the descriptions on the small menu, and exciting to see spread before us.

By the way, the restaurant’s motto, ‘earth, wheat, and fire’, seems to relate to its emphasis on their local farmers, the various grains of their handmade pasta, and the wood fires from which many elements of their meals emerge. Sounds good to us, and the smells are wonderful, the moment you walk through the door.

Of the plates in the pictures above, the first 3, while not necessarily designed as ‘appetizers’, were our first courses; the last 3 were all pastas, at least in the broader sense.  The names and main ingredients of those dishes, listed from top to bottom, can be seen below, in the exact descriptions which appear on the menu.

We enjoyed 3 different wines, some by the glass, and last night none necessarily attached to any particular dish.

The Portuguese bottle was, literally, extraordinary, in both the process by which it is produced and in its very special taste.