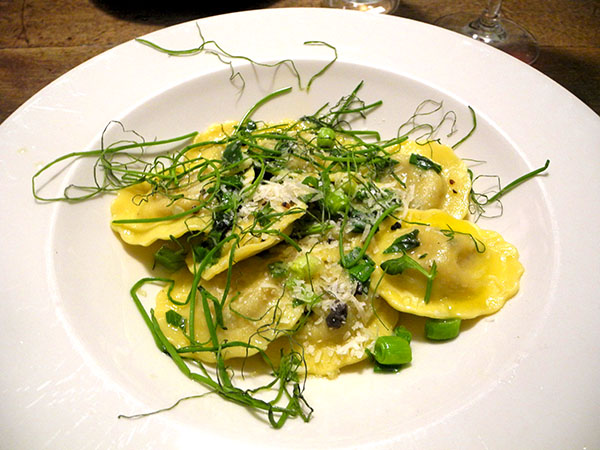 Dinner was leftover salumi and an emergency pasta ration, but it was much more than that.

The primi was featured the remainder of the package of coppa we had enjoyed the night before, since I had bought more than enough for that meal. 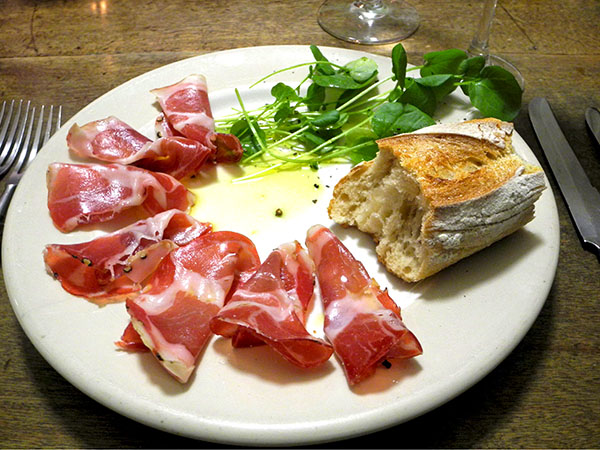 The mushroom-filled pasta had been in the freezer for a few weeks, and, because I had several interesting alliums – and some lovage! – I decided this was its chance to shine. It also meant we could enjoy a Pinot Noir we had been anticipating.