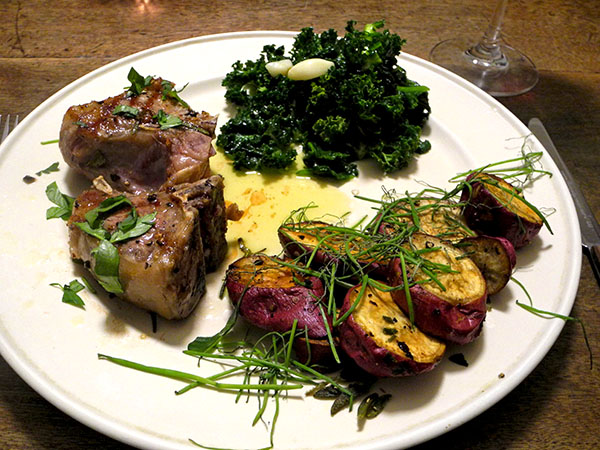 Goat chops. An unfamiliar treat on most tables, and, even if we’ve been enjoying them for years (beginning long before this blog), not familiar enough on ours. This is especially how we both feel after this meal.

The chops and the vegetables were local, the goat from west central Vermont, the Japanese sweet potatoes from northwest New Jersey’s Kittatinny Valley, and the kale from the Catskills, northwest of us. 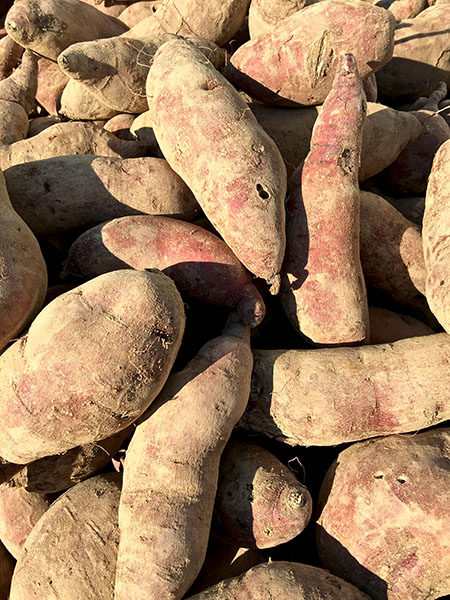 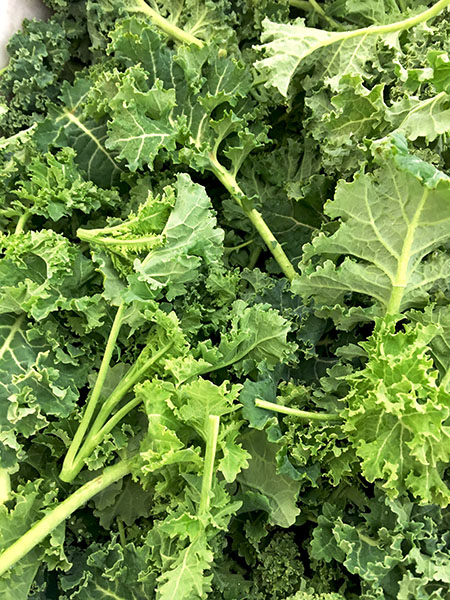