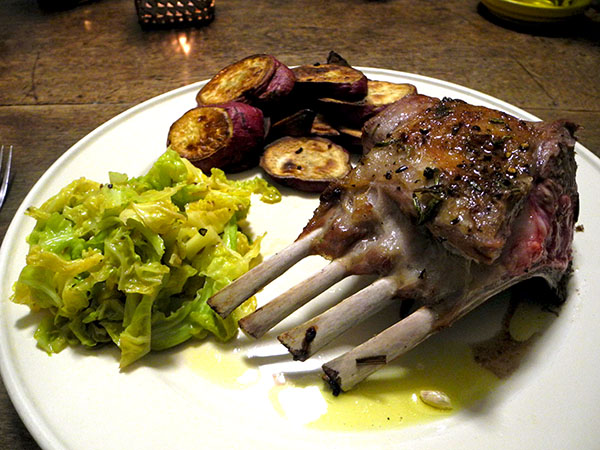 I really try to keep our carbon footprint down, but sometimes things conspire against me. This tiny rack of lamb looked pretty sweet in the store, and it was also so, well, ..accessible, when I passed its display the other day. I found it hard to resist, even though I had planned on preparing a pasta Sunday night.

Besides, if I can rationalize going to New Zealand for venison – and I do – why should I have a problem with a tiny rack of lamb? New Zealand knows how to supply both very good venison and very good young lamb, each of which seems beyond the ken of American producers (or American law).

The vegetables however were about as local as they come, the sweet potatoes from Blairstown, New Jersey, and the cabbage from Winfield New York. 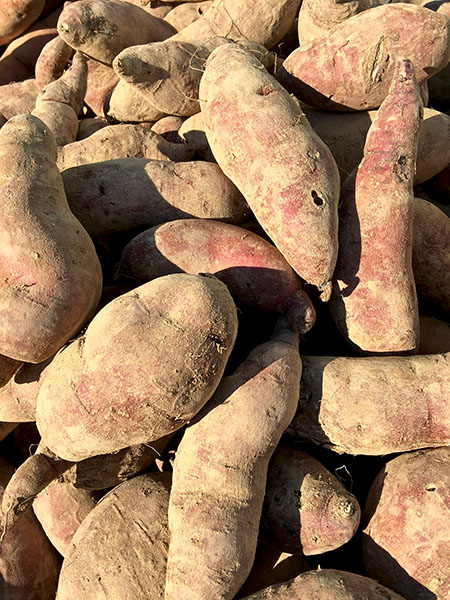 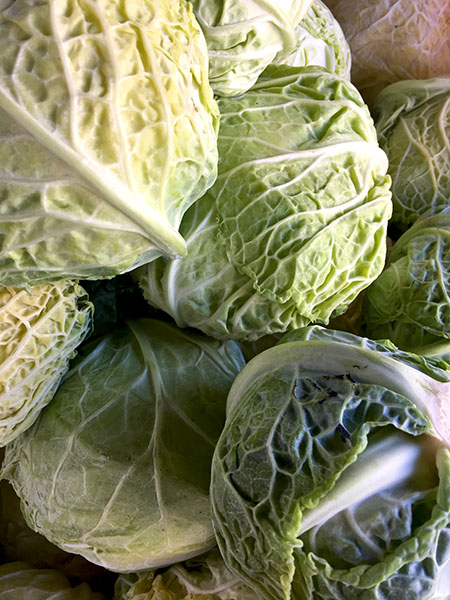