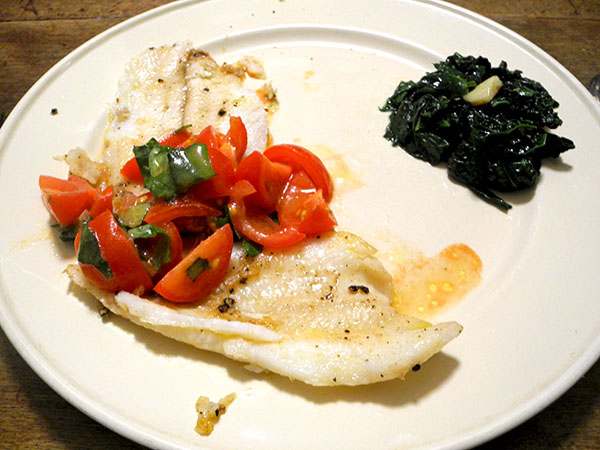 The gray sole, whose name is almost always spelled elsewhere in the English-speaking world, ‘grey sole’, is a beautiful fish, delicate and mild in flavor.  “It’s barely even fish” is a description I just came across on a site advising people new to cooking or eating fish. It also had a very gentle, I’ll even say ‘perfect’, texture (something to which even the finest Schnitzel could never aspire).

I forgot to add that it’s delicious.  It doesn’t taste like chicken, but, like chicken, it may seem to be asking to be loaded down with additional flavor ingredients. I’m usually careful to avoid the temptation.

I try not to disguise any of the virtues I’ve described above, and last night I introduced almost nothing between the fish, simply seasoned and fried in butter and olive oil, and our taste buds, making sure that in the placement of the ‘tomato butter’, so perfect a compliment, it would remain just that, and would not smother the fillets, physically or tastewise.

I had picked up barely two-thirds of a pound of fish that morning, but I wasn’t worried that the entrée would be too small for us: I wanted to be sure we would be interested in a second course, one which would include a new local cheese I had been looking forward to checking out.

On the other hand, the little bit of Tuscan kale (aka cavalo nero, lacinato, or black kale) with which I had decided to accompany the sole seemed to grow smaller and smaller as the cooking process advanced; I ended up slicing some excellent hearty bread, with the excuse that something would be needed to soak up the juices. 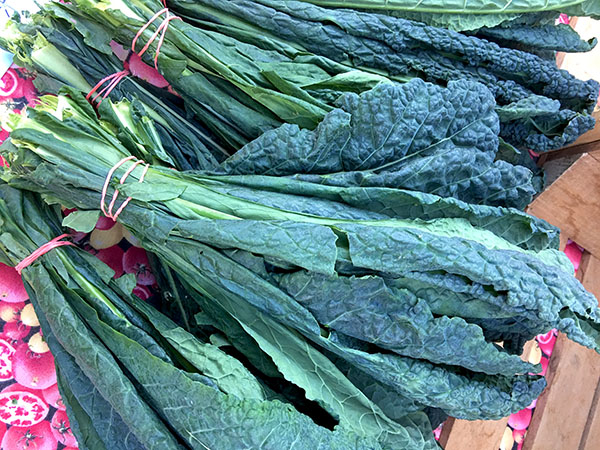 The course that followed included more of the same bread, which turned out to be a great foil for a fantastic cheese, and also a perfect spreading platform.

The picture immediately below is of an 18-ounce small wheel (I took home about half of it). 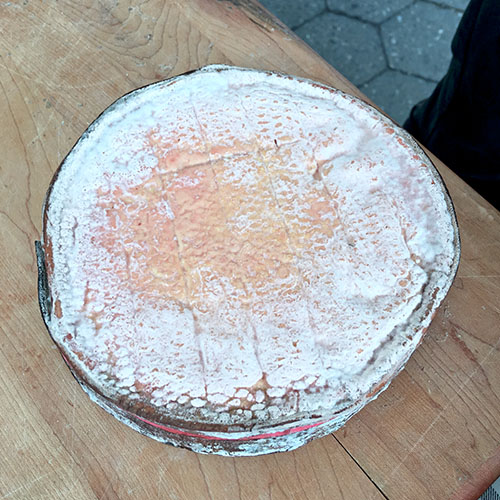 This is a glimpse of the cut side, on the counter at home, a section of cheese already having been removed and served. 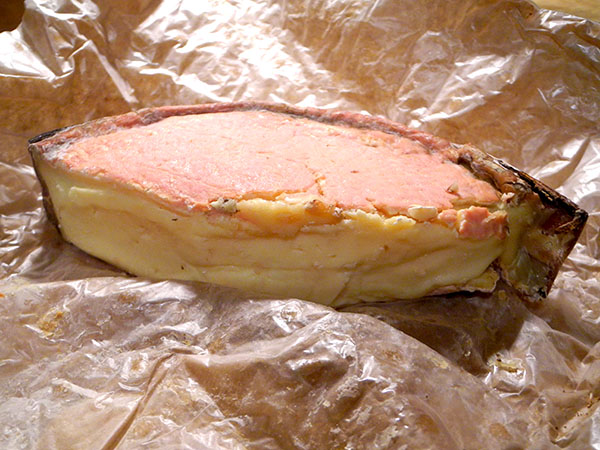