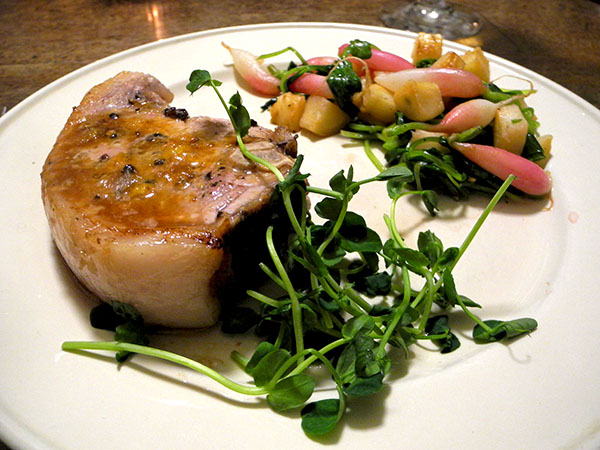 I really think the approach I used here, and have used many times before, is the best way to treat a good pork chop – or two – and, as with the best recipes, its simplicity makes it possible to invent any number of variations.

Last night however there were no twists, not even a last-minute fresh herb, really (this time I saved my futzing for the vegetables). 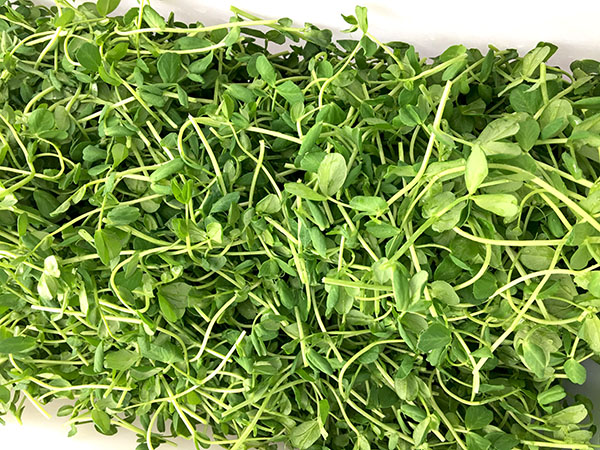 I had picked up a small bundle of ‘French breakfast radishes’ two days before Friday’s dinner, when I decided to serve their greens, wilted, while they were still fresh. Because I love sautéed or roasted radishes, of any kind, I didn’t look any further for a vegetable to accompany the pork. Once I had pulled the roots and greens from the crisper however I realized there wasn’t really much of either, so I added a small parsley root and a few scallions to the mix. 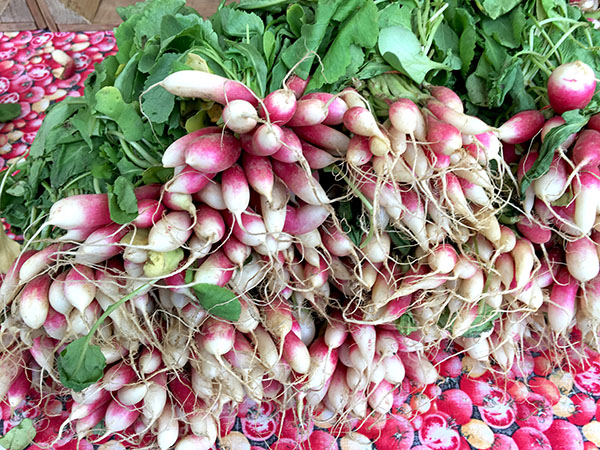 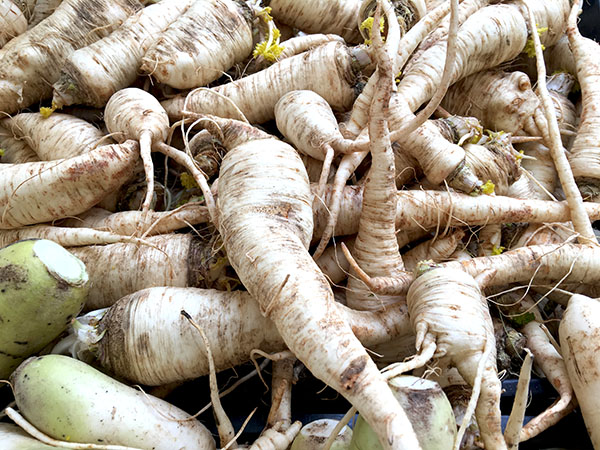 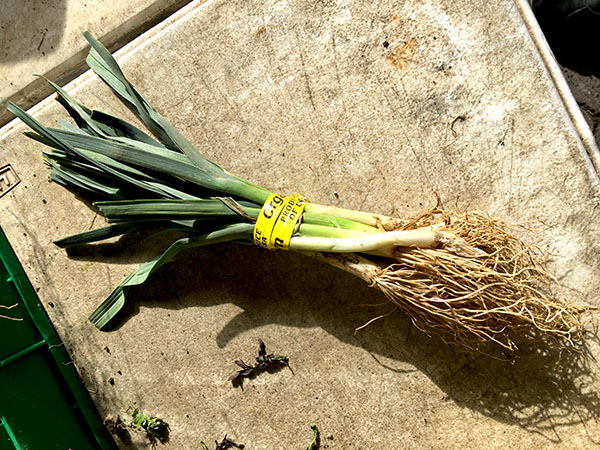