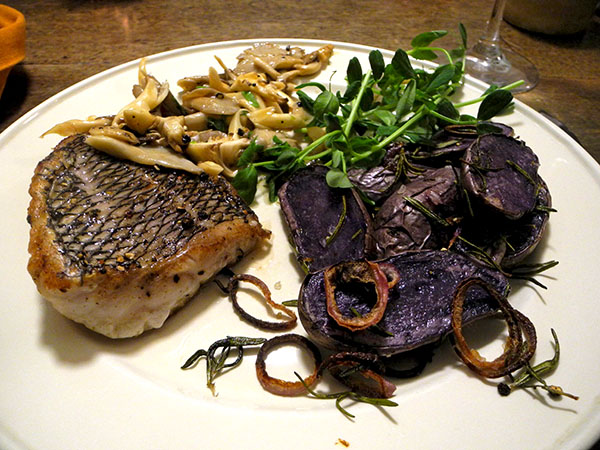 This was an wonderful dinner, largely because of my muse.

Otherwise, while physically it seemed to me to come out of nowhere, in fact virtually every bit of this meal had come from the Union Square Greenmarket, which means our local farmers and fishers.

Of course t hadn’t arrived on the table full-blown, but 2 or 3 hours before we sat down I still barely knew the half of what it would be. It had all started at the Greenmarket, with a beautiful bass fillet, one of only 2 remaining in the fishmonger’s stall at 1:45 that afternoon; minutes later I spotted our Wednesday mushroom farmer, where one sign jumped out at me: ‘oyster mushrooms’ (apposite for this seafood moment); then, once home and looking through my digital grocery inventory for a vegetable to accompany the mushroom-dressed fish, I read ‘Magic Molly purple potatoes’ and knew I had found it. With the addition of a micro green for color, texture, freshness, and even a little spice, the meal had at least been assembled in my mind. 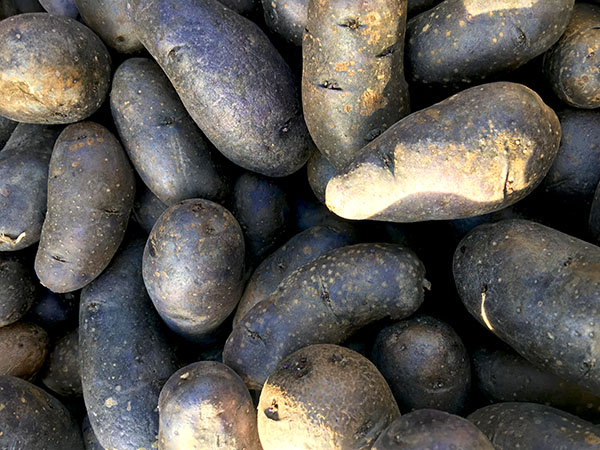 The potatoes were extraordinary (the almost-black color remained true throughout the cooking, the taste was wonderful, the texture waxy, moist, and succulent). 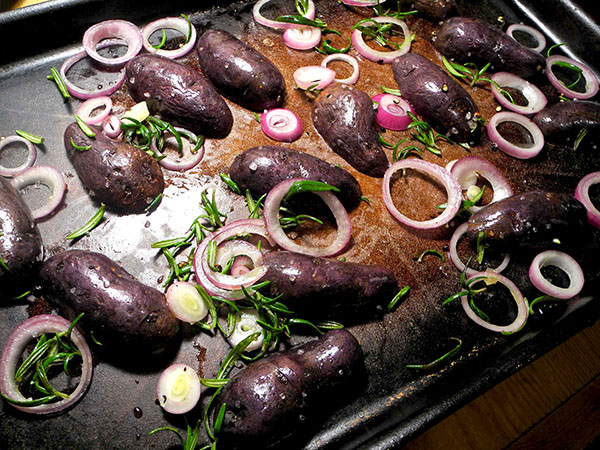