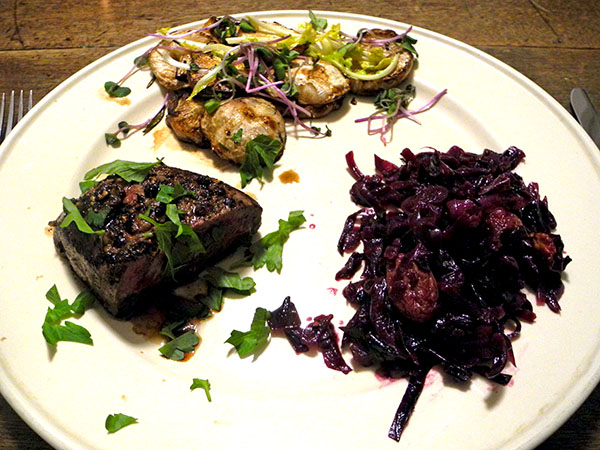 This was at least the third dinner of venison we’ve enjoyed this winter, and preparing it this time was even easier than usual because of some leftovers and a very easy-going root vegetable purchased in the Greenmarket over a month before. 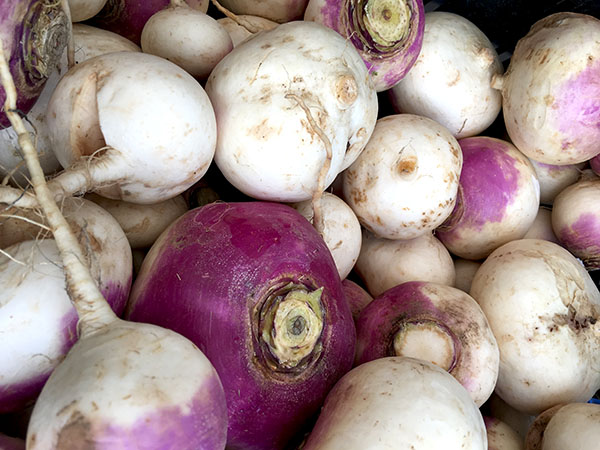 * I find ‘Akhnaten’ profoundly moving, although most critics have thought it less successful than the rest of the Glass trilogy. I think my relationship to it is independent of my experience and impressions in a trip I made to Egypt 30 years ago. I never visited el-Amarna, but I did trek through the Valley of Kings, and there I picked up several of the ordinary golden stones which compose the dry landscape. The picture below is of one of them, perhaps a piece of marl or marlstone; I found it on the trail which leads down the mountain to the Mortuary Temple of Hatshepsut. It has acquired a patina from handling it on the table where I spend much of my time, and today, if only because of its origin, it looks to me very much like a large scarab, although somewhat abstracted. 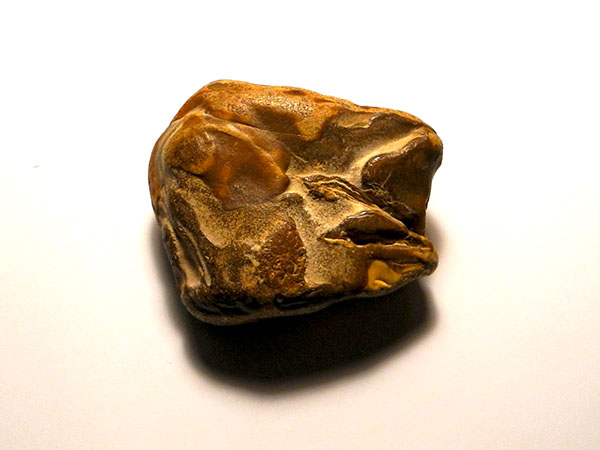