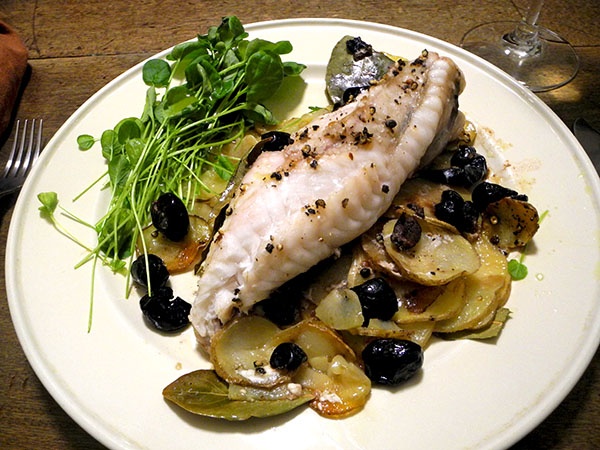 It must be early apparent by now that we love this recipe, regardless of what fish I’ve decided to include in it. It’s made many appearances on this blog, and last night it was the turn of monkfish, the species designated in the New York Times clipping which originally introduced me to it.

It’s a great formula, and, more wonderful still because of its versatility: Its author, Mark Bittman, who authored the recipe, says, “The recipe can be finished with almost any firm fish fillet.”. I’ve made it with several myself. 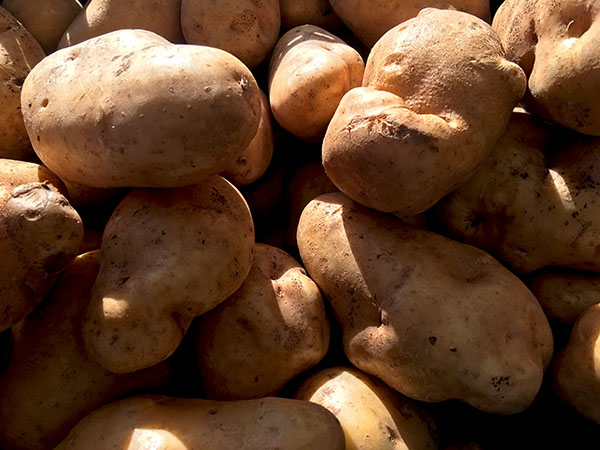 The night before I had run out of my usual (modest) stock of potatoes, for almost the first time ever, but earlier on Friday I had picked up some more, 3 varieties, one one of which was the excellent creamy, yellow-fleshed Carola used in this meal.

The recipe is on the site I linked to above. Last night I used the ingredients described below.