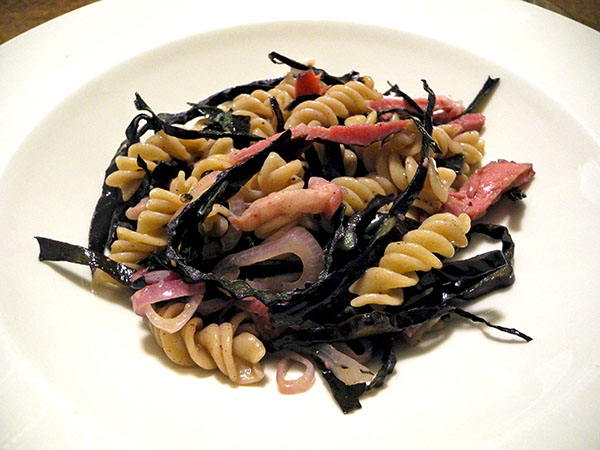 Delicious home economics: This was the third meal in which we were able to enjoy some part of a single 5-pound smoked rack of pork (Kassler). I had purchased it to share with friends on New Year’s Day, but over the next 5 days it eventually became the centerpiece of 8 delicious main course dishes, making the cost per serving only $5.

And they definitely were delicious, this last meal, where only a few ounces of our smoky leftovers were able to dominate a luscious combination of some pretty assertive vegetables, no less than the ones which had preceded it.