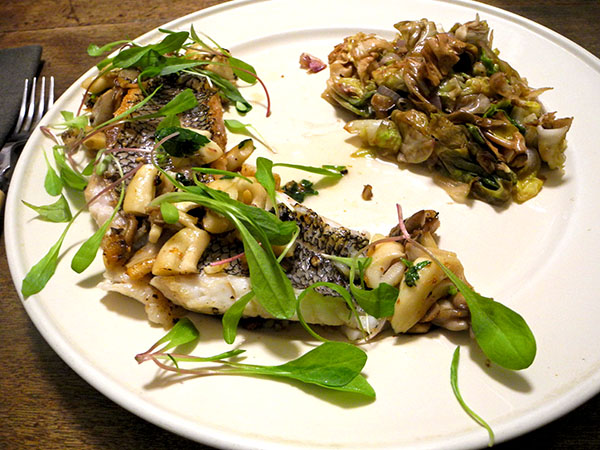 I zeroed in on the part of the sign at American Seafood Company in the Union Square Greenmarket today that said they had black sea bass. Now I love that fish, but at the moment I was most likely to have been thinking about the fact that I could put those fillets on our table more quickly, and with less of a fuss, than almost anything else I saw on that board. 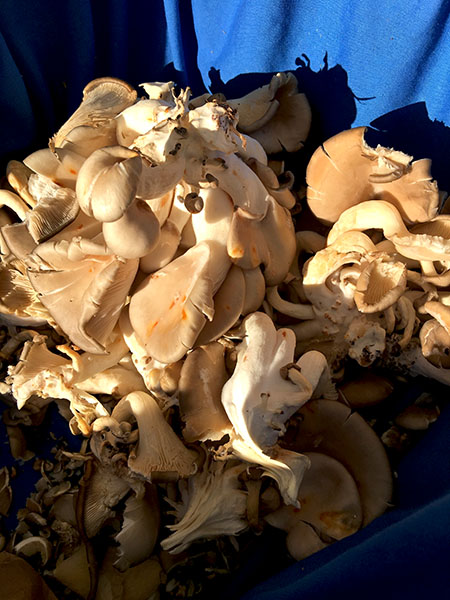 The accompanying vegetable was one of the two kinds of very special chicories I had taken home from Campo Rosso Farm last Friday, but I had forgotten to photograph either at the time, so the image of the Castelfranco which appears below, while their own produce, was obtained elsewhere. 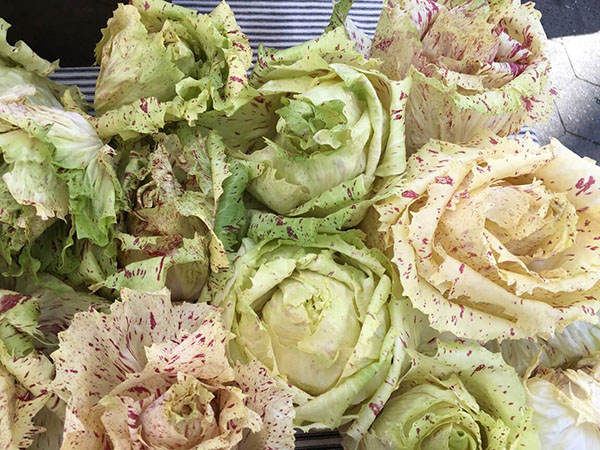 [image of Castelfranco radicchio from printrestaurant.com]