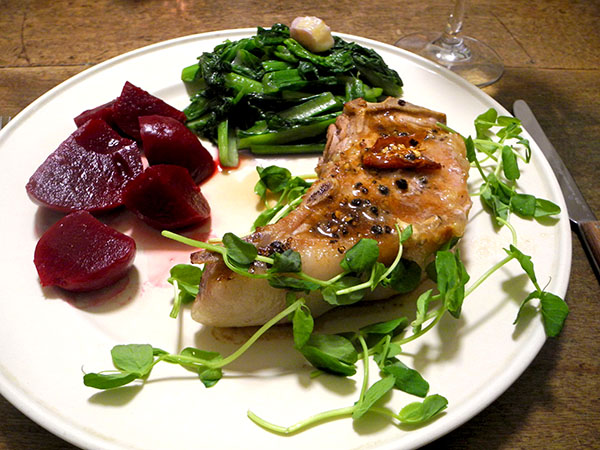 This was the first fully-prepared meal I have been able (allowed) to put on the table since cutting off the tip of my index finger in a kitchen accident on the 7th, and I relished every bit of it.

I picked one of the last fresh bunches of greens, purple mustard, reminding myself how good it was to still be able to enjoy such a treat near the end of December. 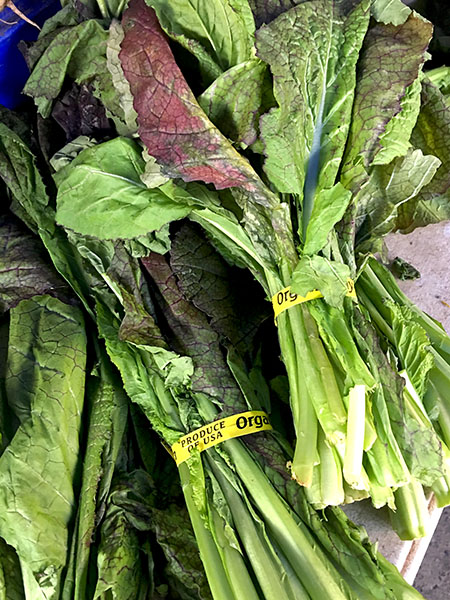 The meal, I had decided, should still be pretty simple, since I would be wearing a latex glove on my right hand to protect a bandage. In fact, like the one I had pulled off two days before, it could actually have been assembled with that hand behind my back. I’m just glad I didn’t have to.