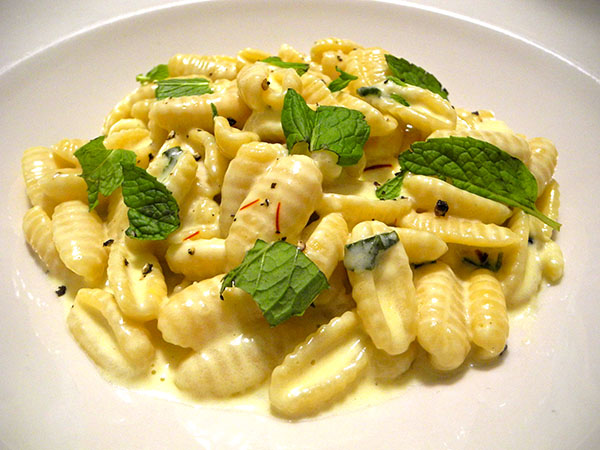 I had picked up a Sardinian pasta, ‘Malloreddus’, a while back, but hadn’t figured out what to do with it.  Last night I decided to pull it out of the larder anyway. I still hadn’t worked out a recipe, but while looking around on line, I saw something about a traditional treatment involving a mint and pecorino cheese sauce.

I had the ingredients, and it sounded minimal and respectful of what I had assumed – correctly as it turned out – would be the rather subtle saffron flavor of the pasta.

It was lovely; a delicious macaroni and cheese.

I have two to add 2 notes to this recipe:

And then, because we hadn’t yet had our fill of cheese, we had, cheese – and fruit. 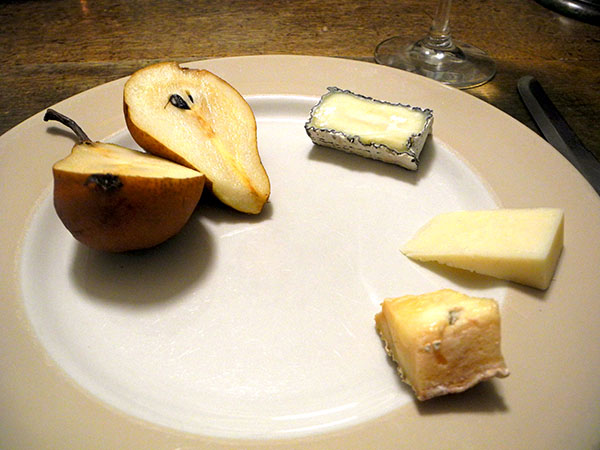