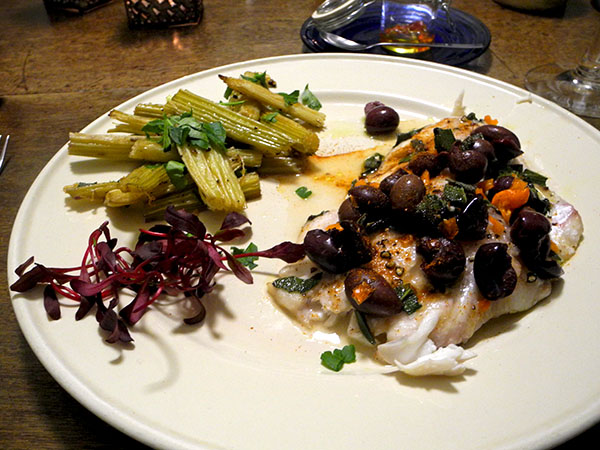 Most of these things are some of my favorite things. I’m familiar with the fish, the olives, the peppers, the seasonings, the herbs, the lemon, and the micro beets, but before yesterday I had never touched a cardoon stalk. Now I can imagine Cynara cardunculus ending up joining them.

I’ll be looking for this uncommon Mediterranean vegetable on my next visits to the Greenmarket, since I’ve now assembled a small library of recipes I’d like to try out. 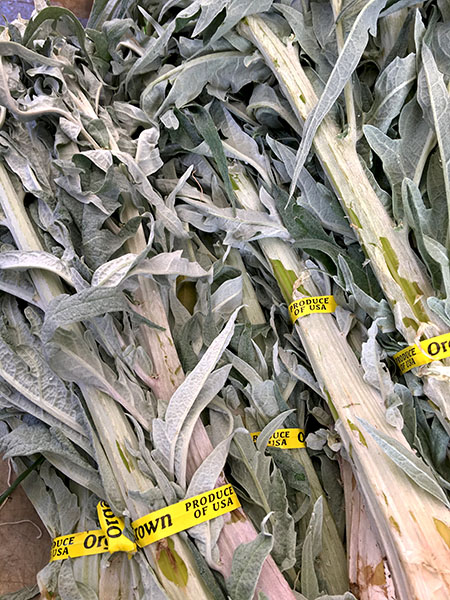 For several years I’ve been enjoying local citrus fruit from David Tifford’s greenhouse at Fantastic Gardens of Long Island, but I don’t think I’ve ever published an image of them; this is what the modest display looked like on Friday at the Union Square Greenmarket. 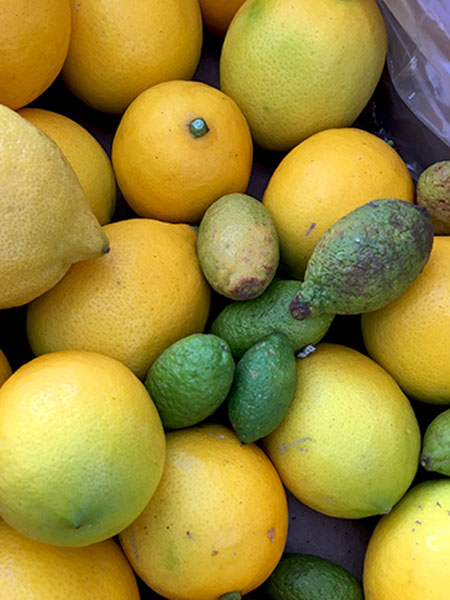