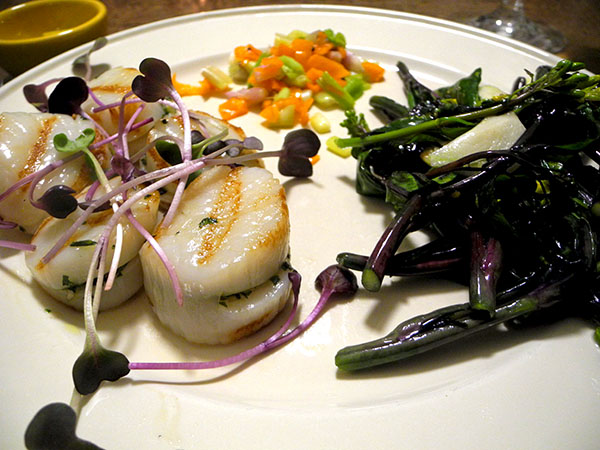 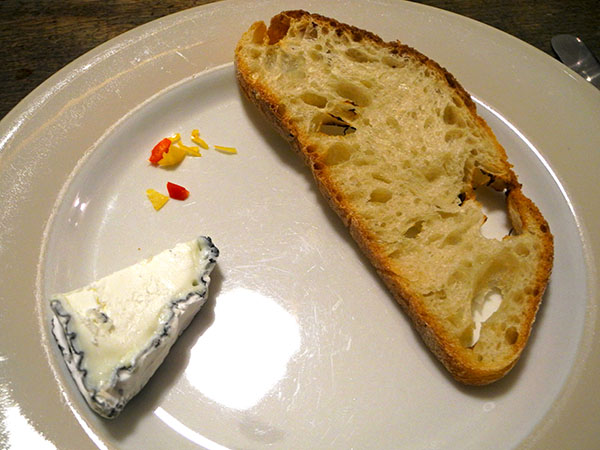 Saturday was my first trip to the Union Square Greenmarket since the previous Monday. I celebrated by picking up some beautiful large scallops, giving them a kind of treatment, analogous but on a much simpler scale, to that Julia Child outlined in her version of ‘Tournedos Rossini’ (filet steaks with artichoke hearts, foie gras, truffles, and madeira sauce) 55 years ago (confession: I’ve prepared them myself, at least twice, although not in 40 years).

Last night, my own gilded-lilies, fresh local sea scallops, were, mercifully for the decency and self-respect of both crustaceans and diners, of the 21st century and not the 19th, more nouvelle cuisine than cuisine classique. The haute cuisine of the 20th century which was deconstructed in the 1960s had developed in the 1890s, largely based on the works of Auguste Escoffier. It was itself a reaction against and simplification of a previous, well-established tradition, one which also had been a response to a still earlier ‘school’ of cuisine, following a line which backward, past La Varenne and his patron Louis XIV, to renaissance Italy, then deep into the middle ages, ultimately stopping at imperial Rome (unless Persia is factored in).

Each of these historic shifts in the grand style of cooking could be described as an attempt to simplify ingredients, processes, and presentation. It also reflected the broadening of the ruling class and the rise of a middle class. I get all of that, and its pretty much where I myself am in the kitchen – and at the dining table – today.

The most recent developments in cookery transcend the long reign of the French convention, and center on an emphasis on local ingredients, of which this particular meal is a pretty good exemplar: With the exception of the olive oil, the salt, the peppercorns, and the wine, absolutely everything included in this meal came from the Greenmarket in Union Square, which hosts only local farmers, fishermen, and other suppliers.

One important aside: There’s no question that, especially the further we go back in time, only the wealthiest (or sometime privileged) were ever able to enjoy the delights which well-subsidized, very inventive chefs were able to create, and this is still pretty much the case today.

I’m fully aware that I’m only able to indulge my interest in and appetite for good food (good in every sense) and the ambience of a good place where it can be enjoyed because I have time, enough resources, a lot of interest in preparing it myself at home, and the perfect table partner and muse. These are conditions few people, even the wealthiest and most privileged, can easily arrange, but well worth the try.

There was also cheese.