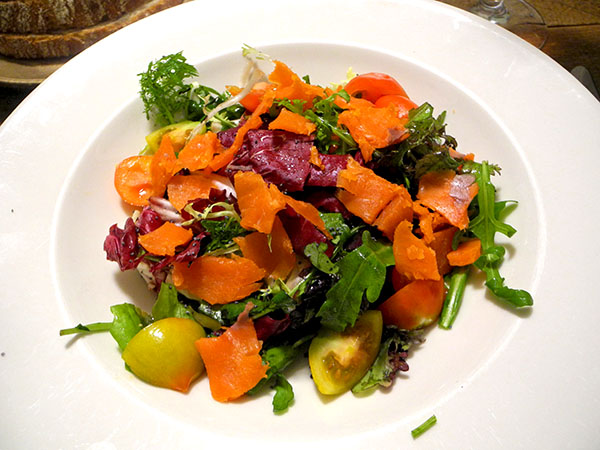 We expected to be away from home on Friday evening, so I had not gone to the Greenmarket. Instead I was prepared to quickly ‘compose’ a salad when we returned. We never left, but the composed salad remained our dinner nevertheless, followed by a cheese course.