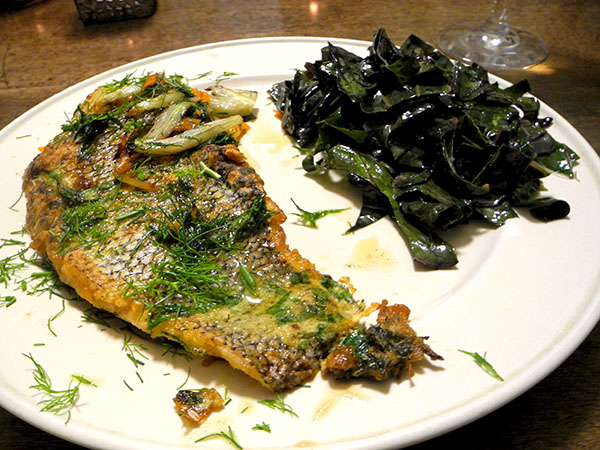 I’ve only myself to blame for not being more creative more often. Much of the time I start dinner so late there’s not enough time left to think about or execute a new plan for familiar ingredients. This was one of those times, but fortunately I had other items on hand to make a familiar entrée at least a little quirky.

Unusual, by recent practice, absolutely no micro greens were needed to add visual or taste excitement to anything that reached the plates last night.

It was all pretty luscious. 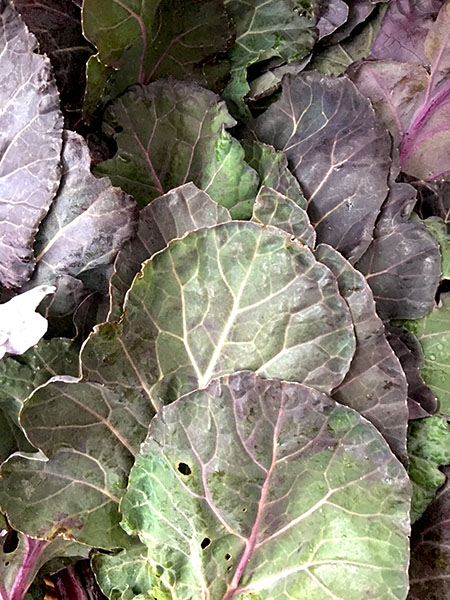 There was also Schnaps. After the table had been cleared, we decided to listen to the end of the opera we had been enjoying all evening. We poured out the little that was left from a small bottle of a superb Oregon eau de vie that I remembered ws sitting somewhere in the refrigerator door. It was Clear Creek Distillery’s Douglas Fir Brandy, which was inspired by the Alsatian, Eau de Vie de Bourgeons de Sapin [clear brandy of fir buds]. A 2009 New York Times piece, ‘The Pursuit and Pleasures of the Pure Spirit‘, provides the context for the inspiration and production of the distillery’s founder, Steve McCarthy. 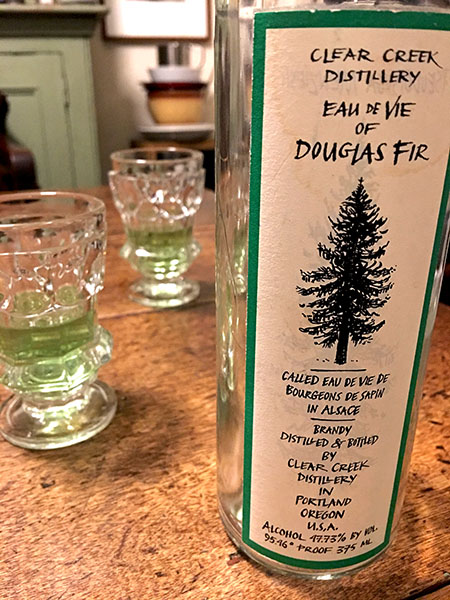