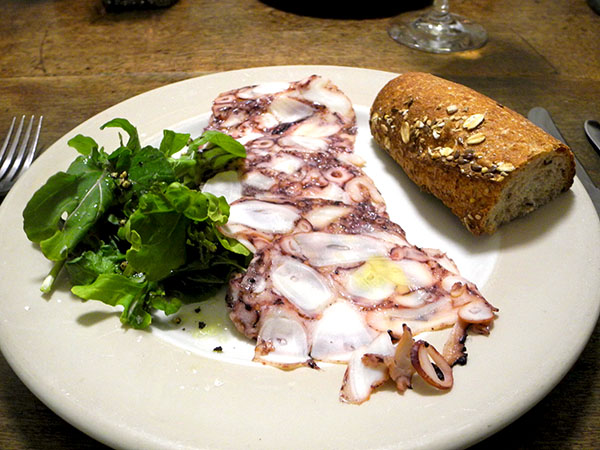 Wintry and earthy, but first a little sun and sea.

Chestnuts and red cabbage, or more precisely, chestnut pasta and red cabbage. But first there was octopus. I’ve served both of these dishes before, but never anywhere near each other. Last night however, looking around for something to lighten a sturdy pasta, at least with some proximity in time, I pulled a thin package of sliced octopus carpaccio out of the refrigerator and went on to wash, try, and tear the bit of arugula I found inside the crisper. 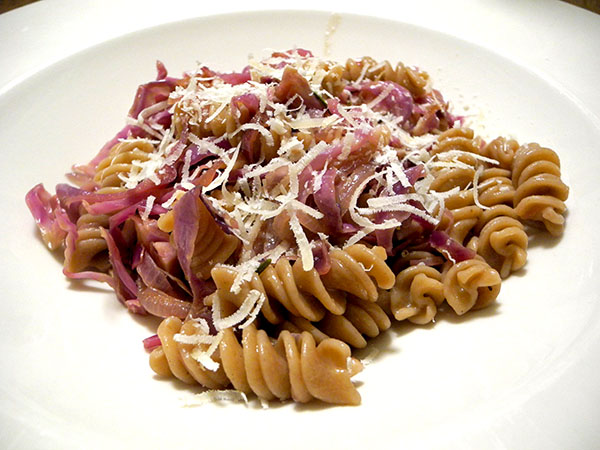 I had first decided it would be a pasta meal, and had almost immediately zeroed in on one of the several earthy Sfoglini varieties sitting in the larder closet. Unusually for me, I had very few vegetables to go with any of them. I did have one very small red cabbage, and while it’s not the first thing that comes to mind when anyone thinks of pasta, one of the Sfoglini available was a chestnut fusilli, and I had combined the 2 ingredients once before. 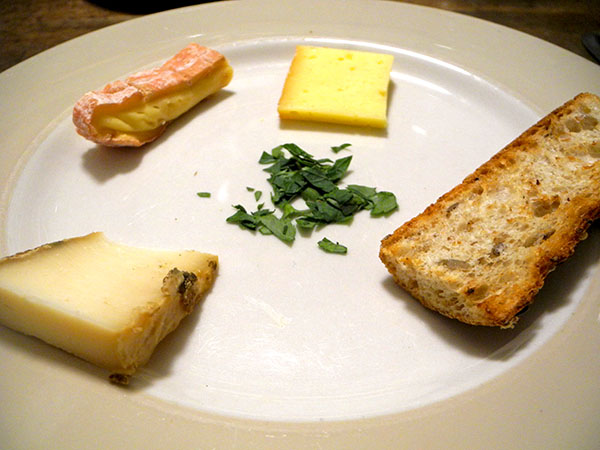 After a modest serving, we decided we wanted to go on to a third course, knowing the remaining pasta would be just as good reheated on another day, and aware that we had some great cheeses, and some especially attractive bread for toast to accompany them

The meal went this way.