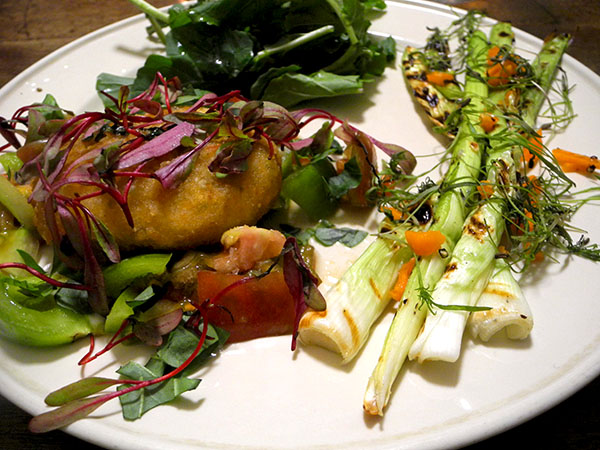 These were crab cakes with trimmings. The pictures probably betray the fact that when I put this meal together color may not have been the least consideration.

The image below is of the grilled leeks after some heated Habanada pepper had been scattered on top, and before they were divided onto the plates. 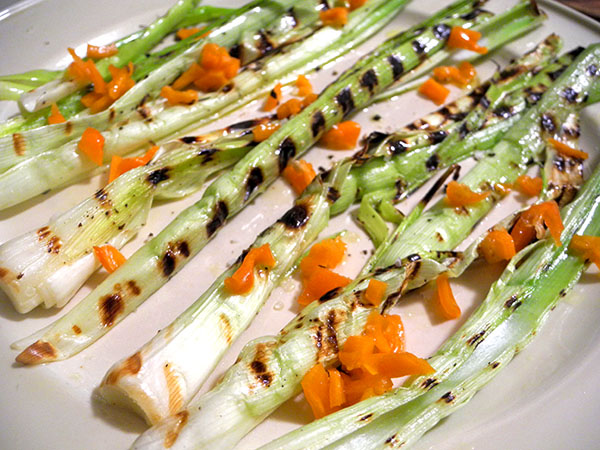 I had picked out the salsa tomatoes from this group one week earlier; one had become almost red by last night, the other had totally retained its greenness. 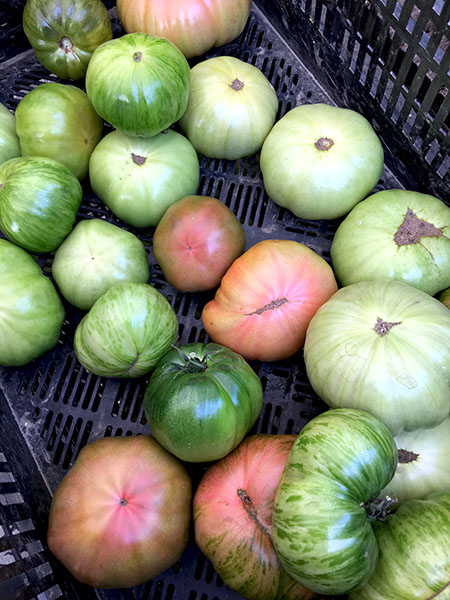