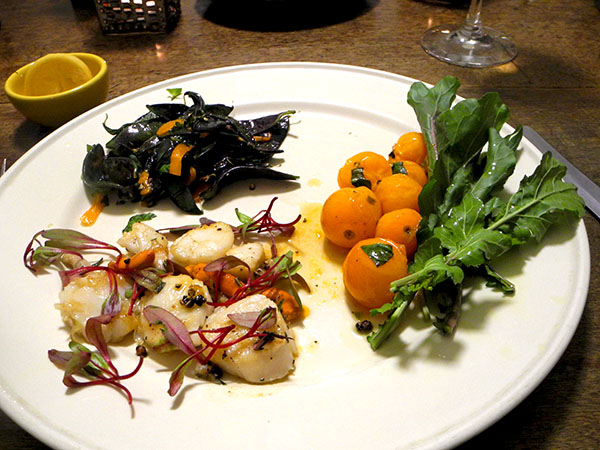 I’ve been hoping for years to be able to prepare scallops with the roe attached. Last Friday I was finally able to bring some home. I bought some scallops in the shell (alive) around midday, and kept them, I think I can be pretty certain, happy as clams. They stayed snuggled together under a wet towel in the coldest part of the refrigerator overnight, raised above any liquid that might accumulate in their bowl, to keep them from drowning.

It was only the following day that the frustration began. I can shuck clams, I can shuck oysters, and now I can shuck scallops, but I far prefer doing clams and oysters, even if scallops have the advantage of presenting almost no stabbing risk.

The live scallops offer their roe, but only on condition that you remove the gills, viscera, and any other stuff you wouldn’t want sharing the pan or the plate with . When you’re done, you’re going to wonder why that tiny little muscle needed all that plumbing: I had bought 11 scallops (shells about 5 inches across), and, once the detritus had been removed, even including the orange or white roe, the whole lot would barely cover the bottom of a saucer.

Their small size made it very difficult for me to cook them as I normally would, or even think of them as a full seafood portion, so I altered my procedure a bit, and increased the amount and numbers of the vegetable sides.

I now understand what’s behind the market cost of cleaned scallops, and, having gone through the process with this one small batch, going forward I’ll be totally content with paying to avoid the job myself. I can’t imagine ever doing this again, unless the shells are huge, meaning the scallop of commensurate size, making it at least worth the trouble. 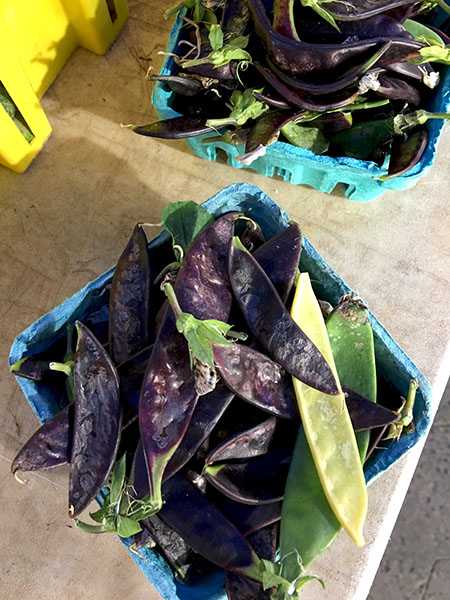 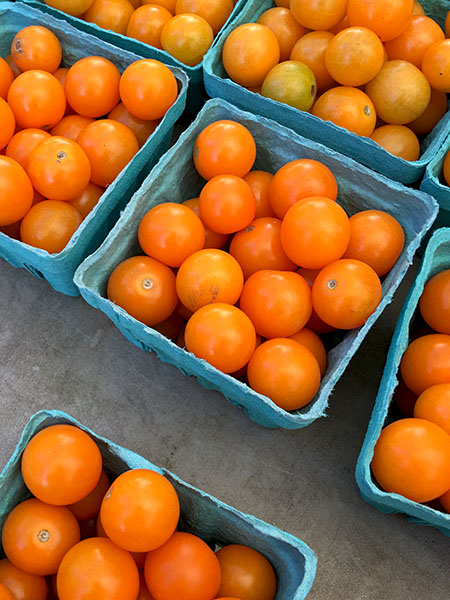 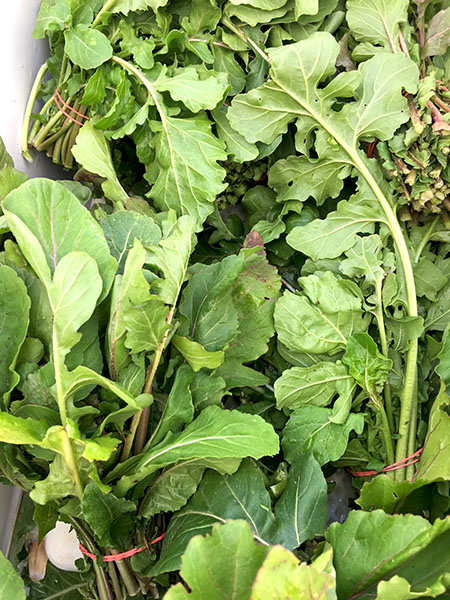