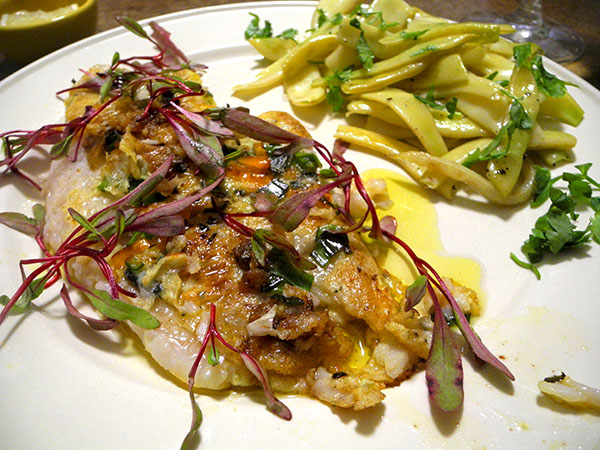 This flounder doesn’t look shy, but the colors of its coat betray only some of the complexity of the flavors it inherited from the garlic, herb and vegetables with which it shared a pan.

I no longer use a the original version of this recipe for the treatment of white fish, one in which I’ve incorporated hake, cod, several flatfish varieties, and possibly others in the past, but regardless of what I’ve done to alter it, there’s always magic.

The yellow Romano beans may be the last of the season for us, and it was a good sendoff: They had a great texture, and a surprising sweetness. 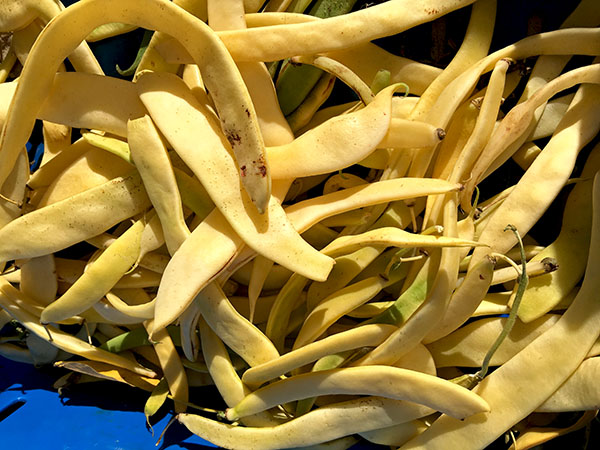