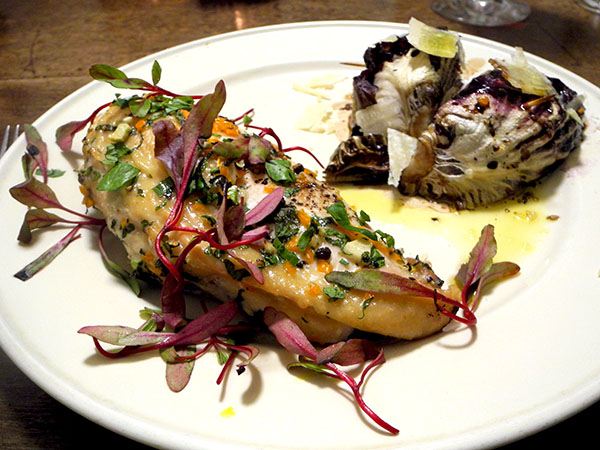 I can’t remember ordering chicken in a restaurant, haven’t cooked chicken in ages, and haven’t cooked a chicken breast at least since starting this food post almost 8 years ago, but I’ve been thinking about the lowly bird for a while now. I’m also always interested in adding a new ingredient to my kitchen practice (especially if I don’t have to find room to store it), and I’ve been impressed with the current conversation about the current quality of chicken, when well sourced. I thought I’d give it another go.

I ignored the conventional wisdom, to which I had long subscribed myself, that dark meat is far preferable to white. I’m too contrary by nature to stay with the flow of almost anything for long, and I’ve been hearing murmurs from several sources that the distinction has been overvalued.

I did make at least one concession to ‘neo-hippie’ food trends by avoiding the ‘boneless breast of chicken’ protocol: My breast came with its original equipment, and stayed with it until after arriving on the plates.

The basic recipe is from Mark Bittman.

The chicken came from Zaid and Haifa’s Norwich Meadows Farm in Norwich, NY, and it was pasteur-raised, organic, never frozen, and, yes, still attached to the bone.

The vegetable, a radicchio, was from Campo Rosso Farm, whose origins are very closely linked with this gorgeous chicory. 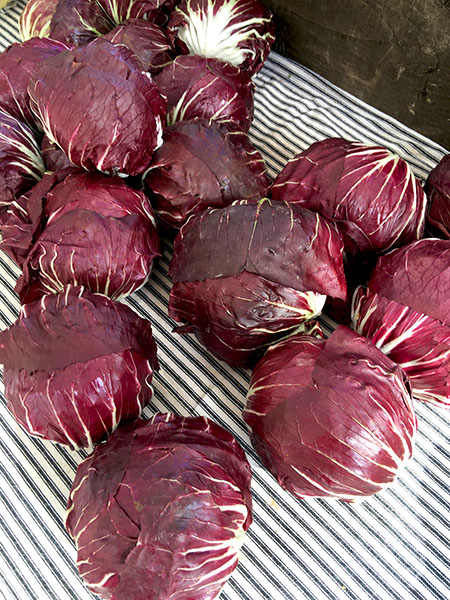