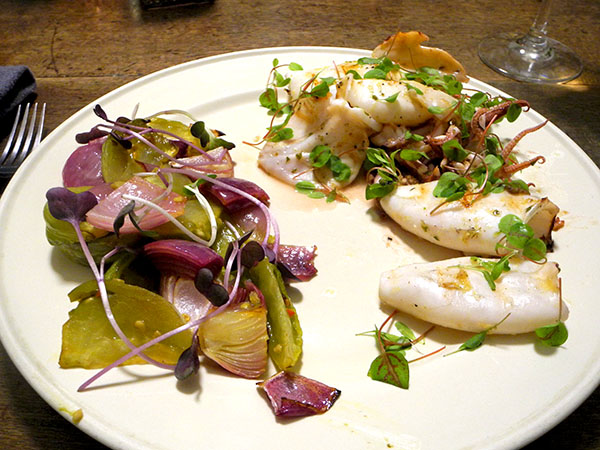 I couldn’t help it: I had the micro greens handy, and, even after I had finished cooking them, both the squid and the vegetables seemed to be asking for something more.

The picture below is of the tomatoes and onions before they went into the oven, long before they had any thoughts about purple micro radish. 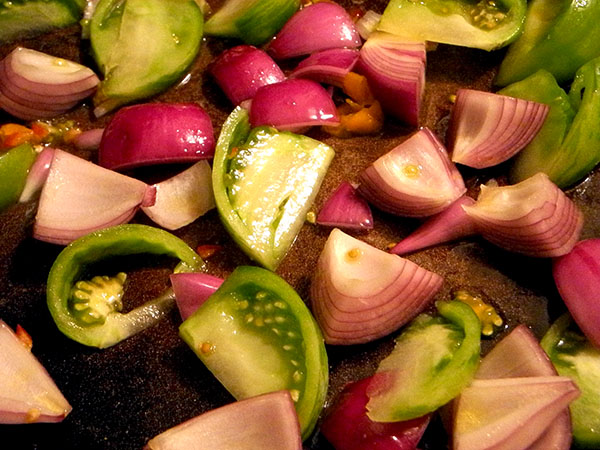