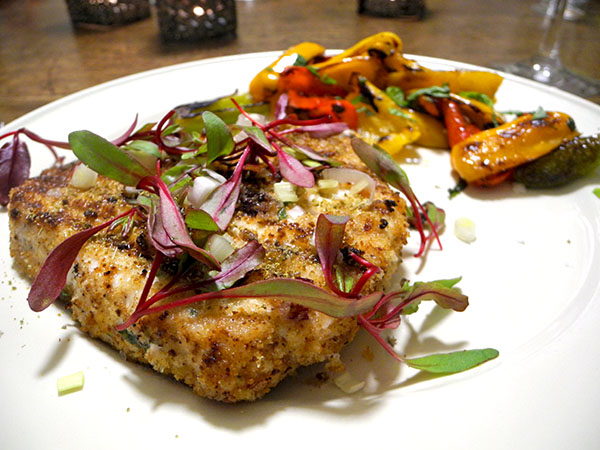 This was simply the best swordfish I have ever tasted, and that even allows for my prejudice for a minimal treatment of a good fish.

My excuse for adding the finishing touch on the top was the rediscovery that day, at the Greenmarket, of one of my favorite micro greens (I brought home the last few ounces in the farmer’s plastic bucket). I could not not add the ‘beetlings’ to what I suspected was already going to be a terrific piece of swordfish. 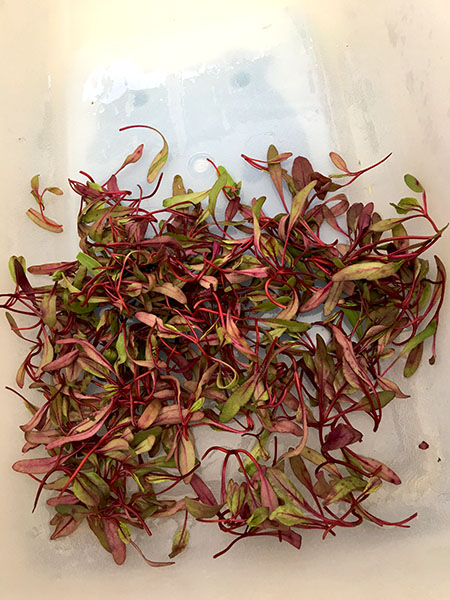 The choice of the vegetable was a last-minute decision. After weighing the how-long-it-takes question, the important goes-well-with-the-protein issue, the what-will-keep-better-than-the-other-vegetables consideration, and the how-will-the-colors-work-with-the-entrée judgment, I picked the miniature sweet peppers. 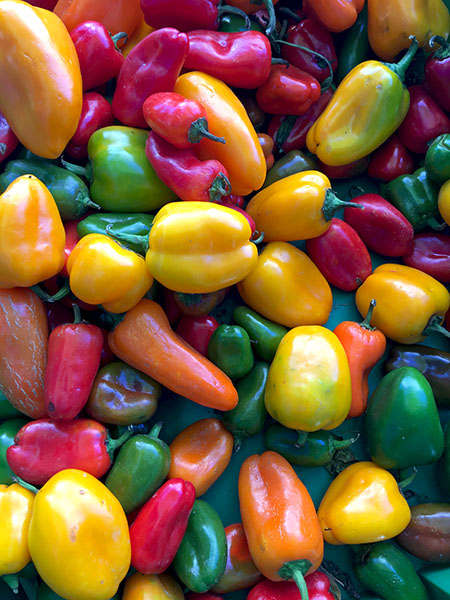