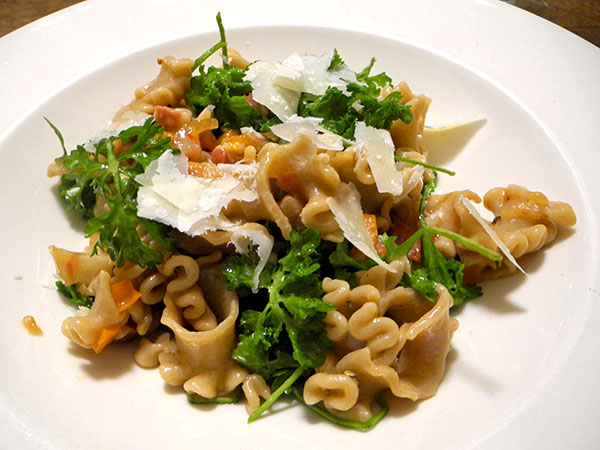 I had decided dinner would be a pasta. I had some very interesting dried forms and flavors, some of them portions remaining from already-opened packages. I thought of using some of the pancetta I had in the freezer, and I had not yet decided what to do with a very tasty green I had discovered a couple days earlier at the stall of 2 of the younger farmers at the Union Square Market.

The result was an improvised dish of whole wheat pasta with pancetta and ‘wrinkled crinkled cress’. There were a few other ingredients, and they were important, but they were basically there to enrich the basic ‘bones’.

And this is what ‘wrinkled crinkled cress’ look like, although the picture gives nothing away of the flavor, which, as I told Chris and Jessi, of Campo Rosso, in my surprise, was “like candy”. 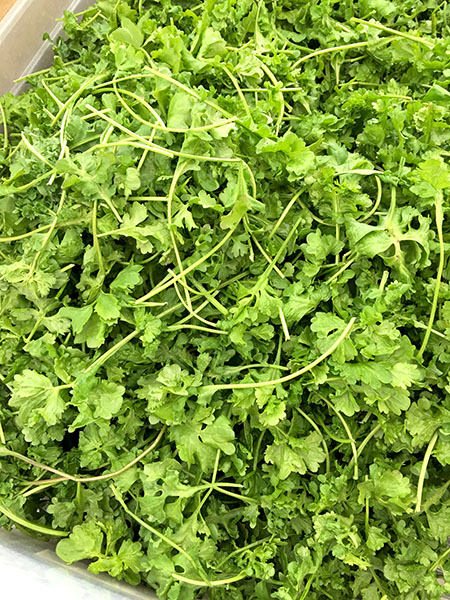