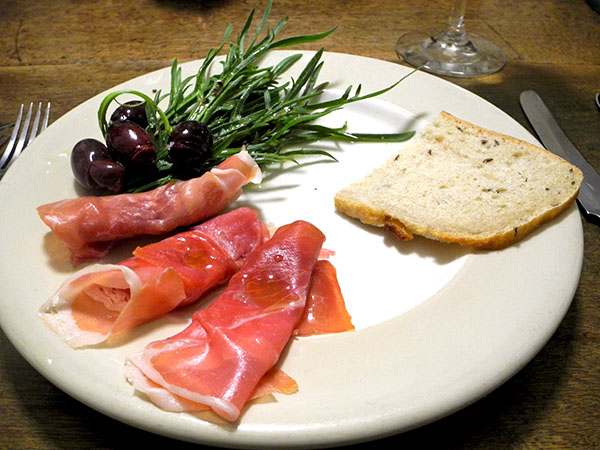 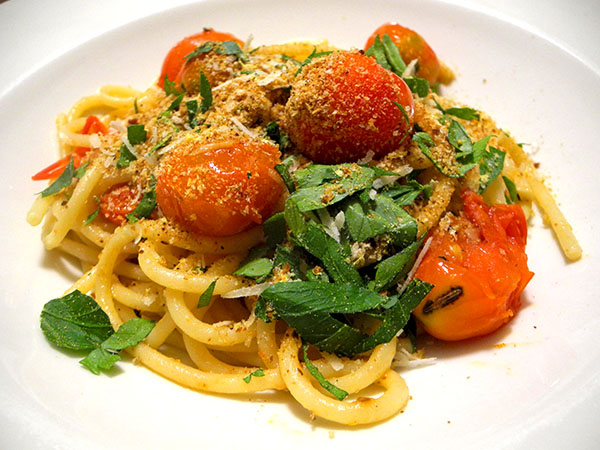 In my head: The idea of a pasta came first, then the tomatoes, the prosciutto antipasto later, just before the pasta and tomatoes got some company, minutina was added to the prosciutto, along with bread, and then a few olives, and finally a bit of dried habanada pepper jumped into the pasta mix, altering its taste chemistry, and now we had a very satisfying meal. 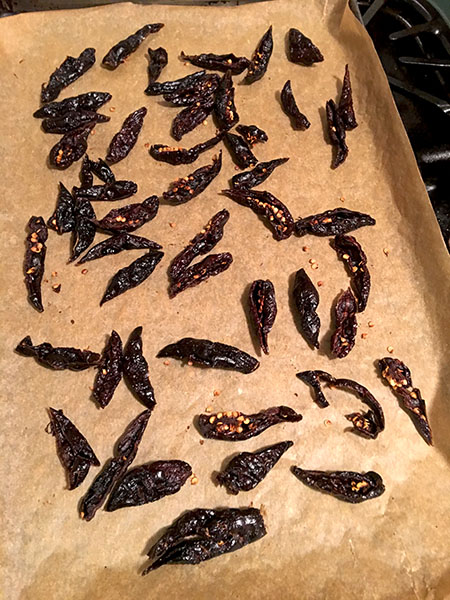 I get the fantastic scent of these dried peppers just looking at this picture.