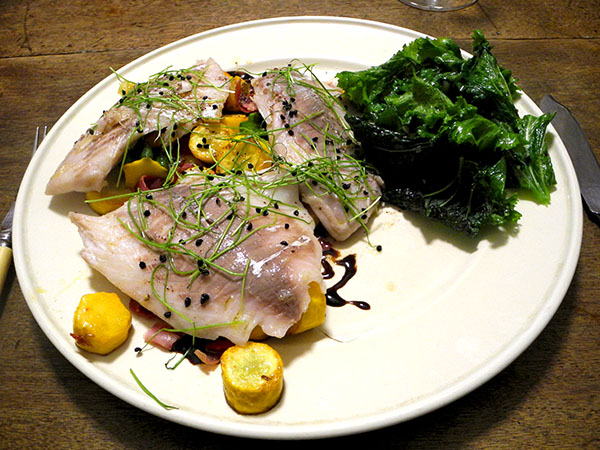 This is the meal I referred to in my previous post, the dinner I described as less than simple and less than minimal, at least in the context of my usual practice.

I’m no longer sure how I came upon the recipe. It may be that my mind started wandering after I had seen ‘Sea Robin’ on Blue Moon Seafood’s ‘available today’ board. The folks tweet a photo of it early each day they’re at a New York greenmarket. It helps me plan a meal (as long as I get there early enough, before my choice has been sold out). This week however they only had whole ‘Robins’. But I wasn’t anxious to work on the fish that hard, even if $1.50/lb is a mighty good price – for virtually anything!

Somehow I had already come across the ‘Cooking in Sens‘ site, where I noticed that the author’s recipe for Scorpion Fish (aka Sea Robin) included ingredients which I already had, which I was maybe anxious to use very soon, or which I just wanted to experience for the first time.

I was intrigued, and I decided I could work with ‘Scorpion Fish Fillets with Yellow Zucchini‘, using, as it turned out, a fish which is almost as low on the affordability scale as the one she had designated. The Porgy however had the good sense to come fully cleaned.

The result was a good meal, but sort of compromised by my feelings about its relative complexity; it was not really the kind of cooking I prefer, or the kind of dish either of us prefers, especially with a delicate fish.

It was what I could expect from a competent restaurant, and while that doesn’t sound like disapproval, and I don’t mean it to, the dish didn’t really seem to belong in our kitchen, where I try for an emphasis on simplicity and taking minimal steps, relying on the quality of the ingredients probably more than most cooks can, since I have both the time and the access to a magnificent local bounty. 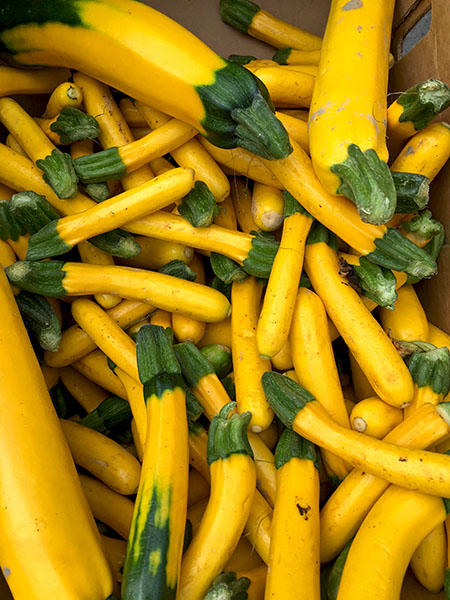 I followed the recipe pretty closely, only substituting a few things, adding one or two. 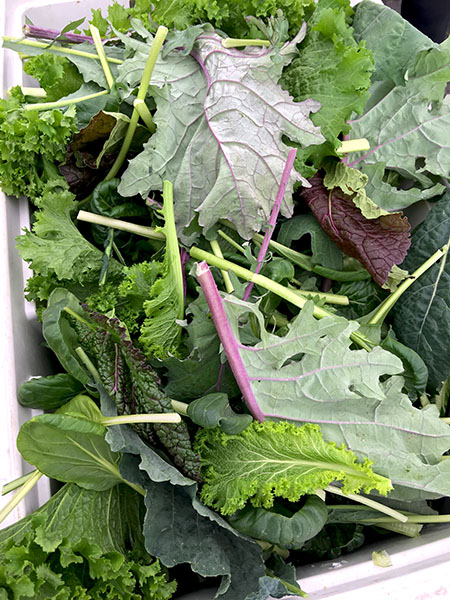