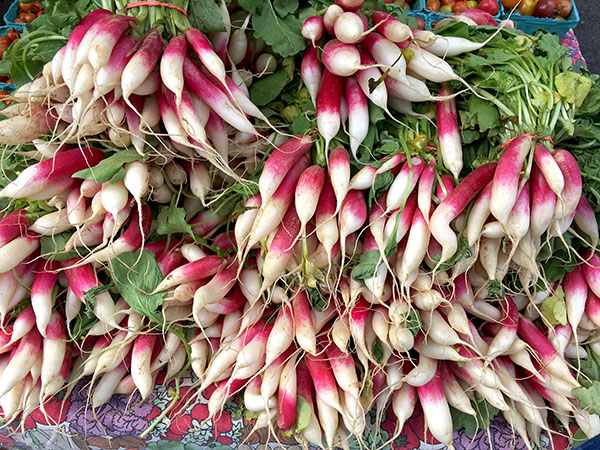 These ‘French breakfast radishes’ weren’t the featured players last night, even if they were really good. They, or a handful of them, along with some breadsticks, were only an appetizer. They occupy their place because I decided they looked as good in the picture – even a bit theatrical – as they tasted, and I had already led these posts with an image of a frittata more often than that of a lone vegetable.

This is the frittata.. 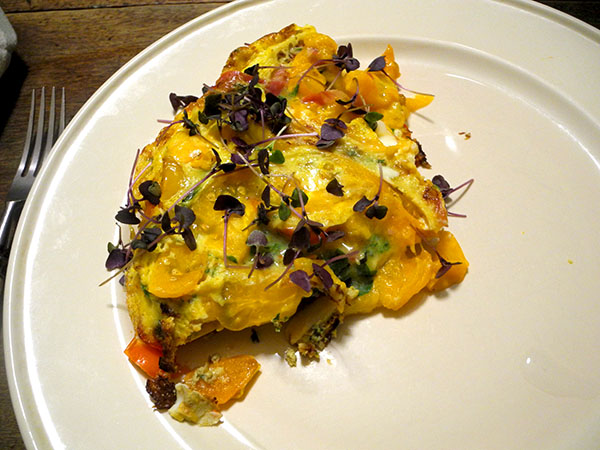 ..this is what it looked like (apparently in the dark) after being taken from the broiler.. 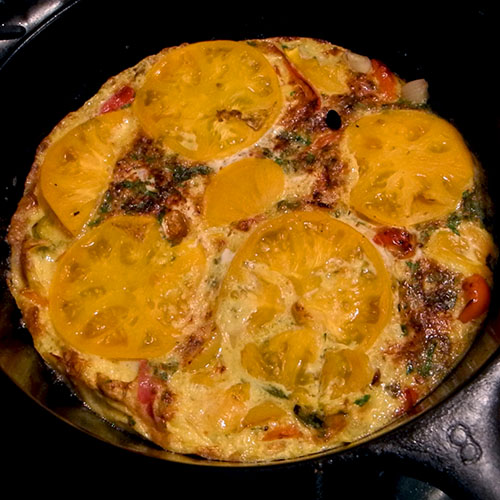 ..this an image of the bin of sweet peppers which contributed to the meal.. 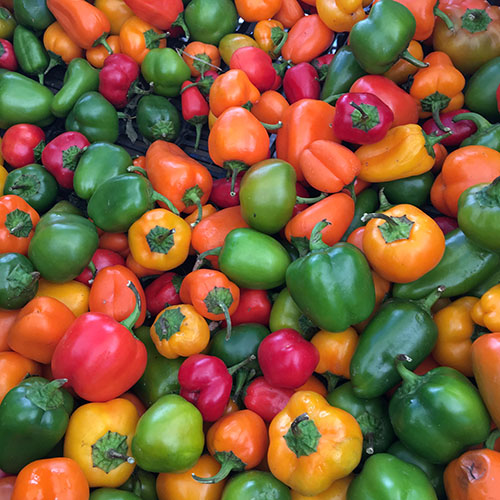 ..this the stack of Japanese scallions (mine is the one on the left). 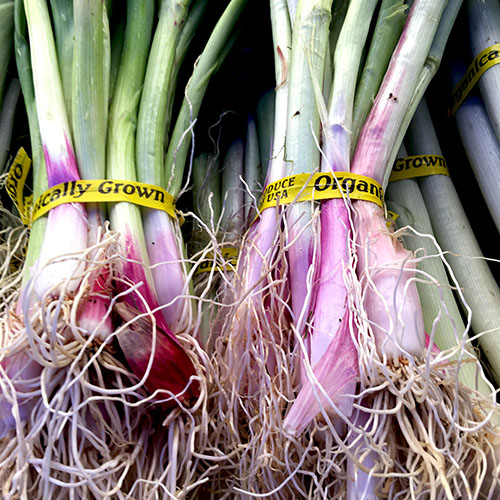 I had to document the ingredients of the luscious (I think I’m hooked on that word for certain usages) pepper frittata with some quick notes even as I was putting it together: I was pretty much making it up as I went along, and couldn’t be sure I could trust my memory to such things.