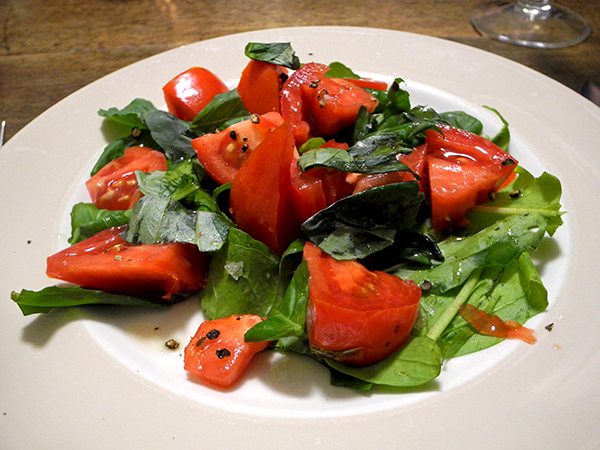 The tomatoes were piling up again, but since I already had made a decision about which vegetables would accompany the salmon, I just added a simple salad/appetizer course. 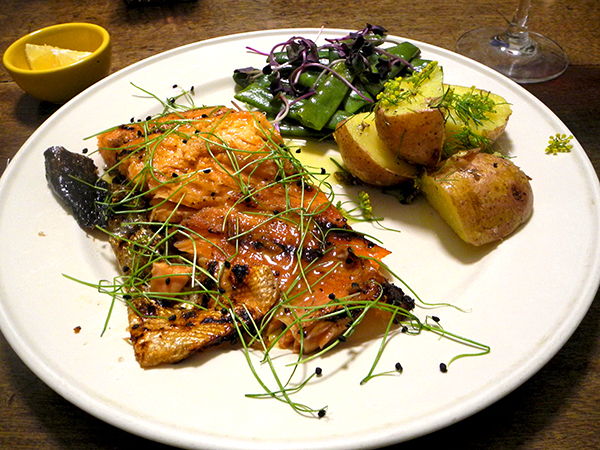 When it came to the main course, there were micro things everywhere, perhaps partly just because they had been hanging around.