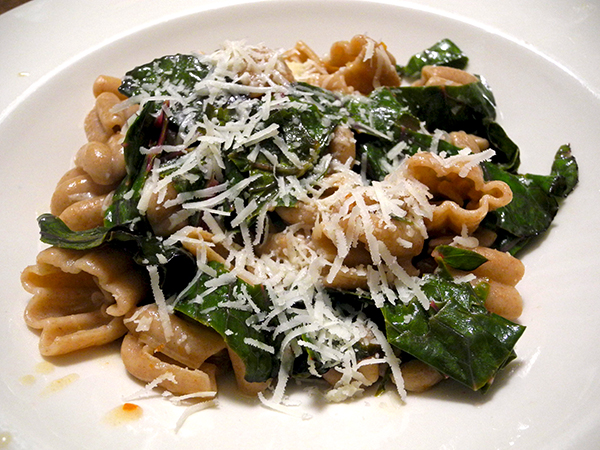 But then there’s much more to say about it, including the subtle variations which different sauces can bring to a good pasta like this Sfoglini red fife blend.

And this particular recipe is very useful for quickly assembling a good meal after coming home late, as we did last night (I think we may even have beaten the time it would have taken a good pizza to arrive).