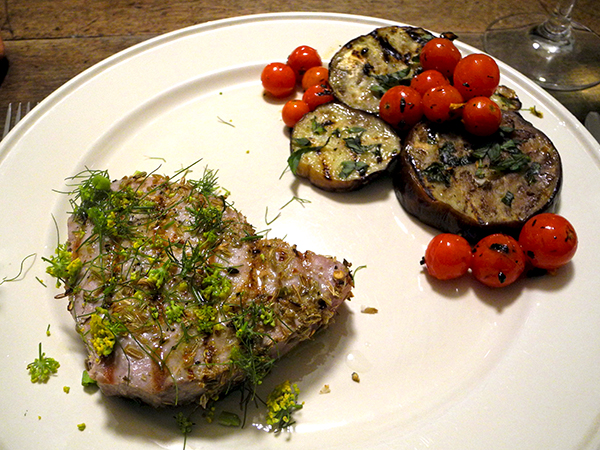 I pretty much hate Xmas, but I can’t help think of that hugely overworked holiday when I look at the picture above.

On the other hand this tuna preparation has become another year-round classic for the 2 of us, although there are subtle variations each time, and it’s one which becomes easier to put together with each outing. The eggplant the accompanying vegetable, is also open to an almost infinite number of possibilities, each of them as simple to prepare as the fish. 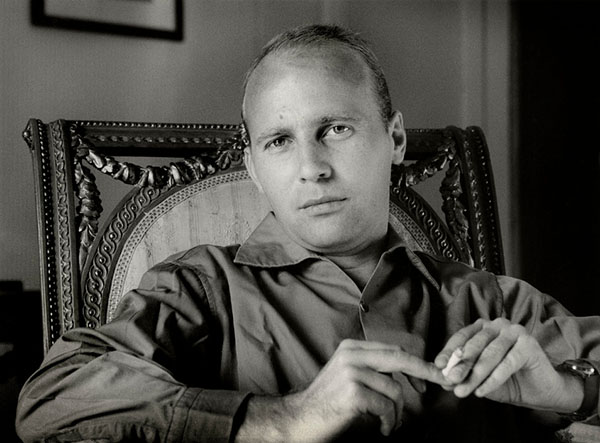