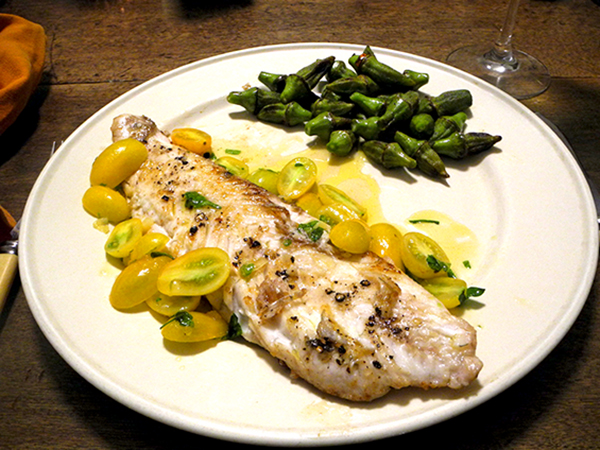 I’ve used it before, but, like all recipes, or at least the ones we amateurs play with, it turns out at least a little differently each time. Last night I worked that part even more by picking tomatoes I had never used before in this preparation.

The recipe was one which I had found on the LA Times site 2 years ago; I made only a few adjustments.

As usual, all of the ingredients (save for the oil, butter, salt, pepper, and vinegar – and the wine), came from the Union Square Greenmarket. The tomatoes were wonderful, and the small okra was a real find. 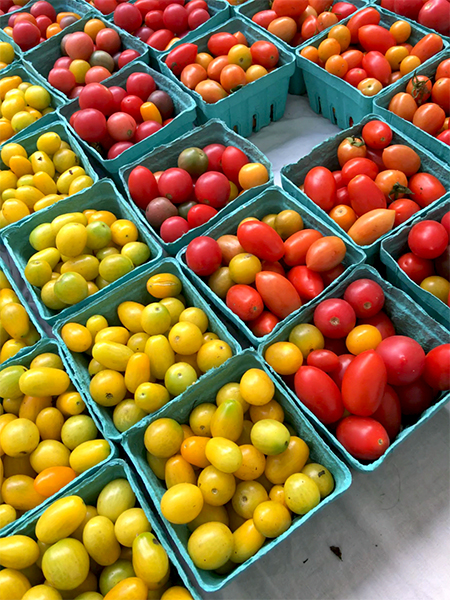 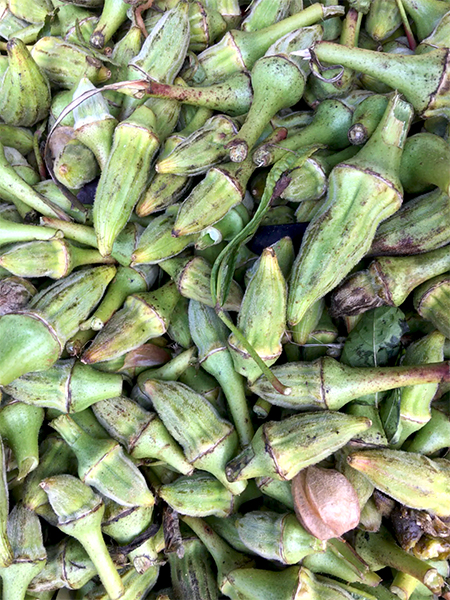